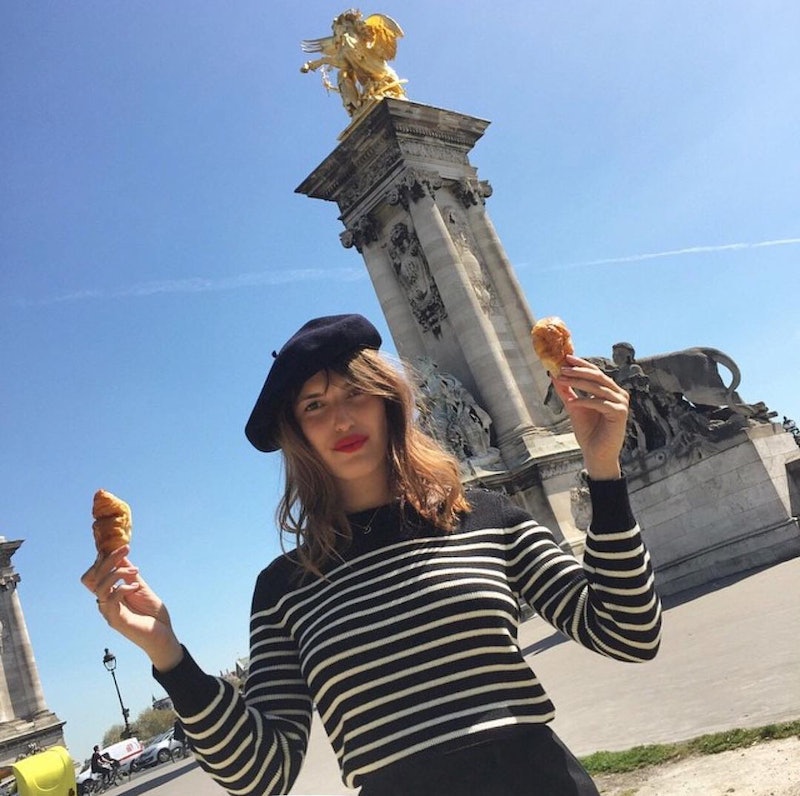 It’s no secret we’re obsessed with the effortless style and beauty of French women. There is, however, one other important thing for which they seem to possess an innate talent, and that is charming the opposite sex (to such an extent that the book He’s Just Not That Into You was met with blank stares when it attempted to repeat its American success on French shores). To gain further insight into the phenomenon that is French romance, and the power women seem to exercise within it, we called What French Women Know: About Love, Sex, and Other Matters of the Heart and Mind author Debra Ollivier for a little heart-to-heart on the subject. The American—who spent a dozen years in France and met and married her (French) husband there—blew our minds. Here’s what she told us about French women and their interactions with men, including some tips on changing our very mind-sets about love, marriage and all the rest.

9 Ways French Women Date Differently Than We Do

"The whole idea of dating, and the difference between how American women 'date' and how French women 'date,' well, there is no word in the French vocabulary for 'date.'" (Editor's note: This means French women don't go on a series of formalized, audition-esque dates with a man—or several men—in a specific time period. If someone is "dating" you, they are only "dating" you, but the experience is much less codified than it is in the US.)

"The culture of popularity doesn't exist in France. In fact, if you are liked by everyone and you like everyone, there’s something wrong with you. They have the exact opposite set of social codes. So, not having the pressure to be liked, and to be like everyone else, that feeds a sense of self-possession as you're growing up. It also feeds the sense of not giving a sh*t, because French women don't care if you don't like them, whether you're a girlfriend or you're a guy they're going on a 'date' with. That's a really sad thing about American culture. It's not until women get to be 40 or 50 that they're like, 'I don't give a damn,' and then they're really free to be eccentric and totally authentic and do what they want. French women grow up that way. They don't have a culture of self-help the way we do. We are constantly bombarded with products that will make us 'better,' and it's kind of oppressive, because there's the underlying idea of 'you're not okay, you could always be doing better.' They don't have that either, so that also takes the edge off pressure that you have to be someone you're not."

"French women think in nuances, degrees of passion, shades of gray. They don't think in the absolutes of total love and utter rejection. They don't pick flowers and ponder love with 'He loves me, he loves me not.' Rather they say, 'He loves me a little. A lot. Passionately. Madly. Not at all.'"

"Yes, French men chase French women, and French women kind of expect it. If they don't hear back from a guy, they're not going to be constantly texting him and so forth. If they made it clear to a guy they're into him, that's it—it ends there. If the guy doesn't pick up the baton and run with it, French women are done with him. They're not going to belabor it, harbor it and process endlessly over it emotionally. They have what is called 'sang froid' or 'old blood,' which is a dramatic way of saying they're just tougher than we are. They're very romantic, but they're also very realistic."

"He's Just Not That Into You was sold to just about every foreign country, but France was the last country to buy the rights to the book. And the author went to French bookstores and spoke to French women and she was like, 'Why don't you like my book?' The French women were baffled. They were like, 'We don’t need a book for this. If he's just not that into us, then screw him! We're just not that into him.' They don't care. They don't assume that if someone isn't into us, it means something's wrong with us. We (American women) have to learn the art of not giving a damn in the positive sense of the word, and try to get in touch with a certain sense of authenticity. It all boils down to giving yourself permission not to care, and if something doesn't happen, it's not meant to happen. All the obsessing and processing over a guy who's not right for you and not into you is not going to change anything except for making you more upset. It's much better to cultivate a sense of who you are, and a sense of strength and freedom."

"The French have a long history of this—they don't believe in happily ever after and all that nonsense. So, when they do date, it's not like 'I'm trying to find my husband for life' or 'I'm trying to find my soul mate.' That pressure's not bearing down on them as much as it bears down on us American women. Here, there's a lot of emphasis on landmark ages, like at 20 you should do this, and at 30 you should do this (because your biological clock is ticking), etc. There are a lot of rules in our culture, way more than in French culture, about marriage and how women are supposed to be and act and so forth. Marriage is less of a priority there, so that takes pressure off. The French also grow up knowing life can be hard, emotional worlds can be difficult to navigate and there will be rough seas. They grow up with a more hardened and realistic sense of the world."

"The French are more interested in the experience of the relationship than the final result. Even if an experience with a man doesn't lead to marriage, or he doesn't end up being your boyfriend, it doesn't diminish whatever emotional pleasure or currency you got from being with that person. French culture is a very pleasure-driven culture. Americans are very work-driven. We know how to make a living, they know how to have a life. We need to learn more about having a life."

"I don't want this to seem like I'm being categorical about American women, but they generally expect men to be their best friend and their lover and their husband and to talk to them like their girlfriends do. That's just the path to perdition—it's never going to happen, and it's an unrealistic way of looking at how to make a relationship work. In France, they don't expect men to be as emotionally effusive and open as women are. I think American women want more of that from men, and French women understand it's not forthcoming. I have to be careful saying that because it can sound sexist, and I don't mean it in a sexist way at all. It's just that in France, they still consider that men and women are different and have different needs and desires."

"I noticed this when I came back from France (to live in the States). I would hang out with young moms, and there would be a lot of commiserating about men. In France, you just don't do that. French women love men, a lot. They prefer men to be in the picture, not out of it. There will never be a war of the sexes in France."

Stay On Trend All Year Long

Discover Box of Style featuring the season's most coveted fashion, beauty and lifestyle items for only $100 per quarter.