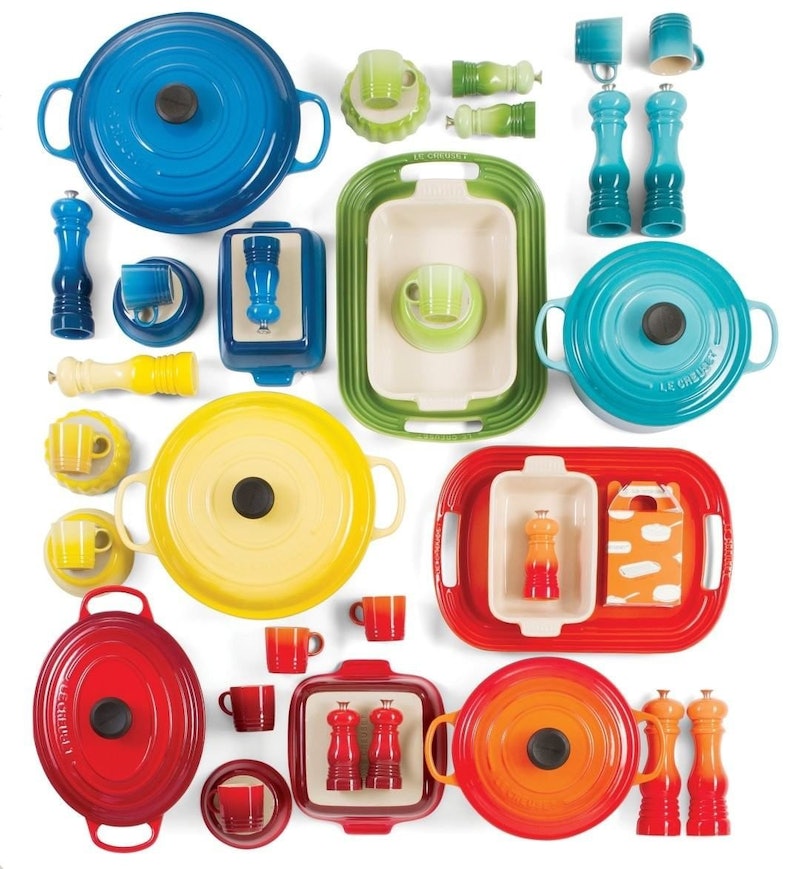 When someone says the words “Dutch oven,” let’s be honest — it’s likely your mind’s going straight to Le Creuset. The iconic French brand pretty much sets the standard for enameled cast iron cookware, and is known by chefs and home cooks around the world for its quality (gotta love that even heat distribution) as well as its bright, bold colors. That said, Le Creuset products don’t exactly come cheap, and while you can often find some decent deals on certain pieces, it’s rare to find a great range on deep discount. Which is exactly why Le Creuset’s Factory-to-Table Sale — happening on the brand’s site now — is such a big deal for anyone who loves to cook.

Though the event kicked off in Le Creuset outlet stores on April 1 (and will extend there through May 2), its more accessible markdowns dropped on April 6 online and in-person at signature stores, and will last there through April 19. (For those planning to head to a store, just note that the assortment will vary by location.) That means for almost a full two weeks, anyone can get in on these rare deals, which feature markdowns up to 70 percent off on cult-classics like the Dutch oven — of which Jennifer Garner calls herself a fan — as well as limited-edition pieces.

That includes the holiday-ready Holly Branch Saucier, which is $100 off its original price in the sale. And if you’re looking for something more seasonal, don’t miss the Tomato Cocotte, which also features a steep discount at its now-$150 price. And as for those cult-favorites, you can get pieces like a Signature Round Dutch Oven and even a 1925 Original Cocotte majorly on sale.

In addition, there are also several items that those less familiar with the brand might not be aware that it carries (but are definitely worth checking out). Not only can you buy cooking essentials from the event, but you’ll also find kitchen items such as a kettle (marked down to $50 from its original $100) and even tableware like this now-$40 set of plates.

Again, this isn’t exactly a common occurrence, and pieces are only available while supplies last. So start your shopping immediately by heading over to Le Creuset’s site, or browse some of TZR’s top picks from the sale, ahead.