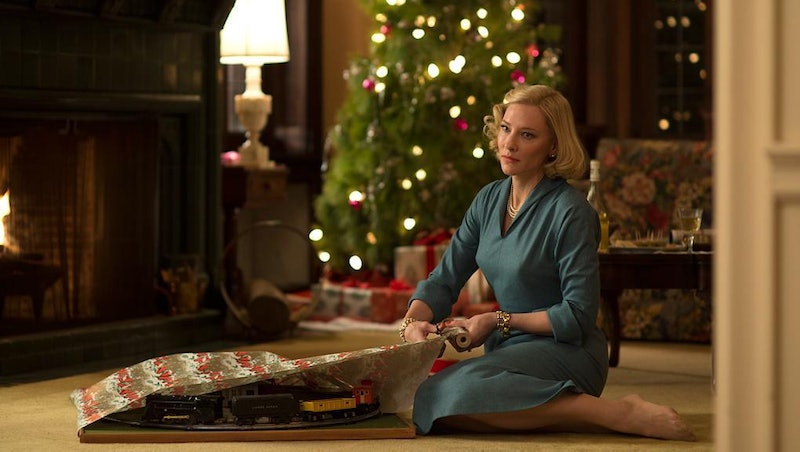 You’ve been busy this holiday season: tracking down the perfect gifts for everyone on your list and then frantically wrapping them, whipping up your signature dishes to serve friends and family as you play hostess, and then cleaning the Christmas aftermath. You’ve earned a day of being a total couch potato. And though we’re now officially past the 25th, we know you’re still feeling the spirit, so why not indulge in a marathon of movies that celebrate the holiday? Sure, the classic Christmas staples like Love Actually, The Holiday, Home Alone, and It’s a Wonderful Life are always fun to watch, but we’ve gathered a list of especially stylish flicks to feast your eyes on while you nibble on leftovers and get cozy in your recently gifted pajama set. A mix of mid-century musicals, action-packed pictures, and even a little Tim Burton for good measure, this list may feature a few less traditional Christmas films, but we’re positive they’ll keep you in a festive mood for at least another day.

While the vintage winter wardrobe in this Todd Haynes film isn't the only reason to watch (there's also the stunning cinematography and quietly passionate love story), it's a pretty good one.

Meet Me in St. Louis

The classic Christmas song "Have Yourself a Merry Little Christmas" was first sung by Judy Garland in this 1944 film, which also features plenty of gorgeous turn-of-the-century costumes.

Iconic, forever stylish French actress Catherine Deneuve plays the matriarch in this tale of a dysfunctional family forced together for the holidays.

If you don't think of this Tim Burton classic as a Christmas movie, perhaps you're forgetting that heartbreaking scene where Winona Ryder's character is dancing in the snow made by Edward creating ice sculptures and then...well, we'll just let you re-watch.

It's far from a conventional Christmas movie, but this bloody action flick has become a modern holiday classic. And let's be honest, Bruce Willis was a total babe.

The sequel to Wong Kar-Wei's equally stylish In the Mood For Love, this semi-futuristic/sci-fi film keeps going back to Christmas Eve as the setting for significant events. It's also a full-on feast for the eyes.

Bing Crosby and Rosemary Clooney, musical numbers, and unbelievable 50s fashions — what's not to love about this sing-along Christmas film?