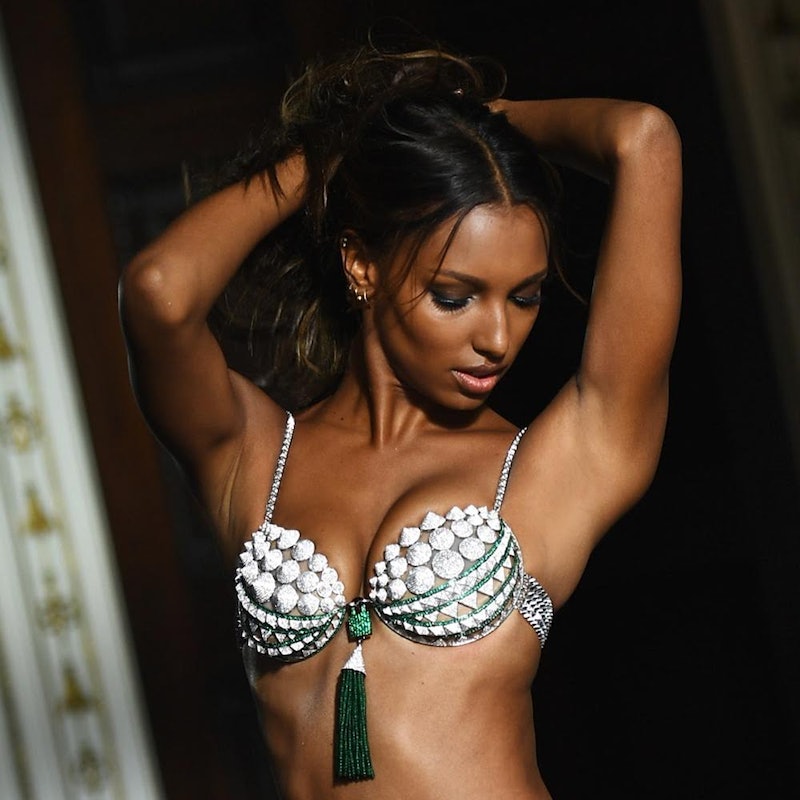 Just a few days ago Victoria’s Secret announced which model’s beautiful bod would be donning the brand’s infamous Fantasy Bra at this year’s Paris fashion show, and now the lingerie label and model Jasmine Tookes are getting attention for more that just that $3M diamond and gemstone encrusted undergarment. Pictures released by the brand of the aforementioned stunner wearing the Eddie Borgo-designed piece appear to be unedited by Photoshop. Get out your magnifying glass because some people who have seen the images noticed a few — totally natural and common — stretch marks on Tookes’s upper hip. No word yet on if these are finalized pics or if VS is just letting us see a little behind-the-scenes action, but either way it’s pretty refreshing for the brand to offer a bit of transparency, especially considering the times it has been under the microscope for publishing over-Photoshopped pics, which critics say promoted unrealistic beauty standards. So while Tookes is still unarguably genetically blessed, this is totally a move in the right direction for the massively popular label, which would be following the lead of Modcloth, Dove, and Aerie who have all publicly pledged not to ‘shop. Let’s keep this trend going, okay?