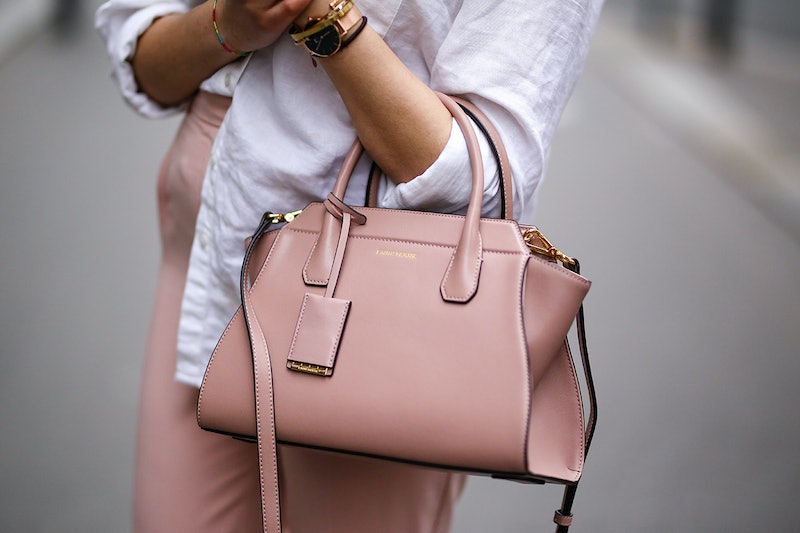 The average self-respecting modern woman over the age of 12 has eschewed pink for decades. After all, if you want to be taken seriously, it’s not exactly the first shade on the color wheel that jumps to mind. Which is exactly why the resurgence of pink (now dubbed millennial pink) is actually kind of a big deal. Ushered in by the girl bosses of brands like Refinery29 and Into the Gloss, its newfound fame is inextricably linked to and representative of the increasing power women hold. Here, one editor on why it’s so meaningful.

Despite my birth date being solidly in the 1980s (let’s not bother with the specifics, okay?), I am a bona fide proponent of the millennial pink movement. Raised in the era of Lisa Frank Trapper Keepers, I’ve long been a devotee of pink in general. When I was four, I would scream if my mom took away my Western Barbie T-shirt for the occasional washing. My favorite plaything was a velvety My Little Pony named Truly. And when I found out my father had accidentally painted my room one shade away from the one I’d chosen from a swatch of nearly identical hues, I burst into tears (think Shelby’s “blush and bashful” moment in Steel Magnolias). So needless to say, when a subdued, more mature version of the color infiltrated our lives and our Instagram feeds a few years ago, I was all for it.

Let’s step back a second: Even if you’re not familiar with millennial pink, I can guarantee you’ve seen it. The most pinned and ‘grammed interiors (LA’s Alfred Tea Room, London’s Sketch restaurant), cult-favorite beauty and fashion brands (Glossier, Pop & Suki) and even major designer collections (Gucci, Lanvin) have capitalized on it. Recently, The Cut cataloged the evolution of millennial pink, attributing its popularity to its ability to spark nostalgia.

It can be argued that my early penchant for pink stemmed from long-ingrained gender stereotypes. But to be fair, my parents weren’t decking me out in bubblegum colors and hair bows. I was fortunate that my mom couldn’t have cared less if I were sporty or goth, or otherwise represented myself in a way that defied feminine norms. Eventually my cliché interest in all-things girly dwindled (as tends to happen with most moody teens), particularly as my feminist leanings developed.

Before millennial pink (BMP, if I may), there weren’t many instances of pink representing modern, forward-thinking women. But this shade is mature and powerful—savvy businesswoman Emily Weiss chose it to define her wildly popular beauty brand, it was the subject of a much-reposted throwback pic of a presidential hopeful turned pantsuit icon, and it’s been popping up in the collections of the coolest menswear brands.

Sure, all of this could be a brilliant marketing scheme, but I like to think the pink resurgence means we’re expanding our notion of what’s feminine and reclaiming the color as well as the strength it stands for. For those of us who’ve long been fans, there’s no better time to break out the shade. For the rest, I encourage you to make it your own (perhaps this coverall jumpsuit is a gateway piece). Pink may never be the new neutral some have proclaimed it to be, but it’s no longer synonymous with Barbies and bows—and I’m calling that an upgrade.