Meet the creative behind Andra Day's and H.E.R.'s style. 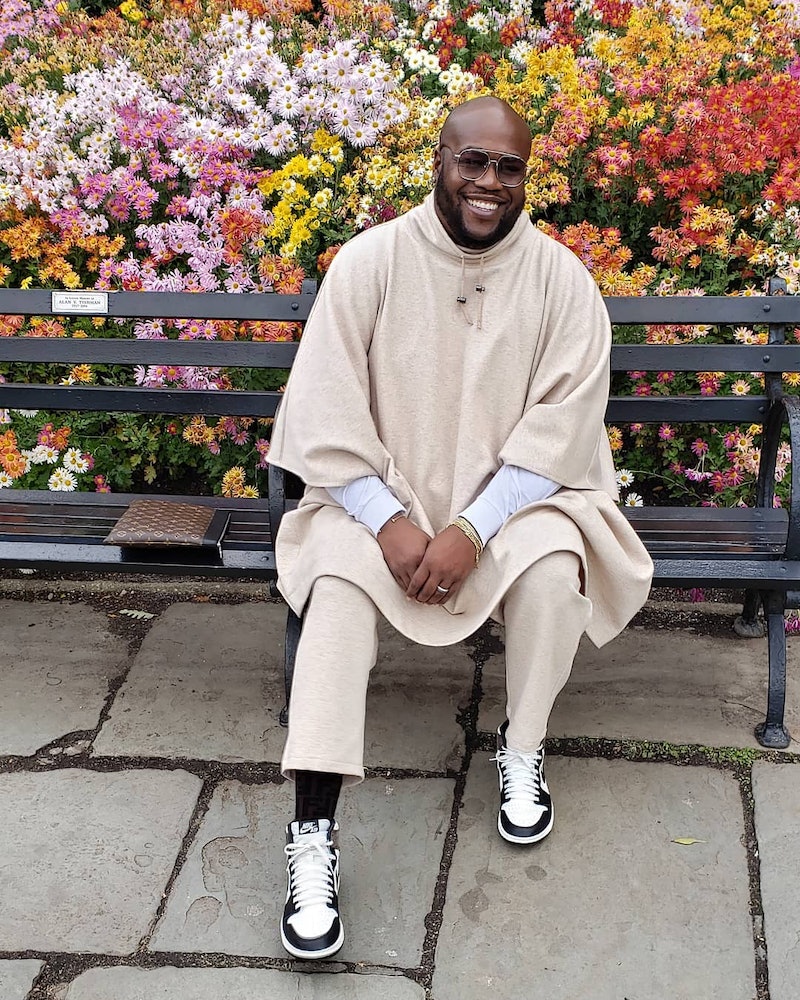 It’s only a few minutes into a conversation with stylist Wouri Vice when the creative is compelled to shout out his industry peers. “The Jasons, Ades, Wayman and Micahs, and Laws of the world,” he refers to some of the prominent current faces of celebrity styling: Jason Rembert, Ade Samuel, Wayman Bannerman, Micah McDonald, and Law Roach respectively. He expresses appreciation using first names only, as any fashion insider would recognize these creatives for their work over the past several years. Still, this moment — less than a week before the Oscars night next Sunday, April 25 — is distinctly Vice’s, as his long-time client, Andra Day, wraps up a most unique Awards Season as an Academy Award nominee (very possibly, a winner) for The United States vs. Billie Holiday.

“The things that I’ve experienced in life and the places I’ve been have prepared me for this moment,” says Vice over the phone, multi-tasking on a work-related shopping trip, “because it’s not easy trying to style in COVID.” The statement means a lot coming from Vice, who’s had a 20-year career styling some of the most respected women in film and music. Today, his biggest clients include Day and musical artist H.E.R. “It’s their season, both girls,” he clarifies, speaking to how these women have been honing their craft for many years and are receiving new waves of recognition. But it’s hard not to draw parallels to Vice, as well, who has been a part of their ride to the top.

A Harlem-native, Vice was practically propelled into styling when a close friend and the then-soon-to-be-iconic-artist Alicia Keys invited him to join her team as a stylist as her career quickly skyrocketed in the early aughts. “She definitely gave me an opportunity and I took that and grew a career out of it,” he says. He learned everything through experience and the mentorship of other industry vets. “Thank God for people like Misa Hilton who had my back. Also, Patti Wilson, who was Alicia’s first stylist. Between those women, I was able to learn and I was able to do the work. If you fall down once and you get back up 10 times. That is pretty much how I’ve gotten to the place I’ve been.”

Vice worked with Keys for several years, including during her own first appearance on the Academy Awards red carpet in 2009. “I specifically remember Alicia’s red carpet because the dress that she wore was not that color,” he shares. “That was an Armani dress and it was actually buttercup yellow. Then, right when she was in hair and makeup, she changed the dress to lavender.” Keys walked the carpet in a still-damp gown, Vice says, as the dye hadn’t completely dried yet.

Vice says his growth was organic and that he found himself with opportunities to collaborate with other inspiring women, including Taraji P. Henson, Kerry Washington, and Loretta Devine. “Through Alicia, I would work with Essence magazine and go on to do 16 covers and those covers introduced me to a plethora of Black women that essentially helped me to make my career what it is today. I would show up on photoshoots and end up leaving with a client.”

Around 2011, Vice had filled up his passport more than once with the work he was creating but decided to hit reset. “I honestly got to a place where ... I can’t say I didn’t care ... but that was a changing time in this industry,” he says, crediting the boom of social media for a shift in how stylists shared and often branded their work. Vice felt the pressure to keep up with the swinging pendulum and decided to move away from styling into a consulting role in fashion. “It was new energy and I had to step back for a second and get my energy together so that I would know what I wanted to do moving forward.” Ironically, it was through his choice to shift gears that he eventually would be introduced to Day.

A fellow Capricorn, Vice almost instantly found a true creative match in Day. It’s the kind of chemistry that can be felt in every look they’ve put together since the 2017 Grammys where she wore a sherbet Dior gown and a Priscilla Presley-like beauty look, or in 2018 where it was a two-tone Victoria Hayes jacket dress styled with a beehive that could only be rivaled by a member of The Ronettes. Their catalog of looks is nothing short of inspiring as Day and Vice have drawn influences from rockabilly, ‘60s mod, and old Hollywood glamour. They consistently bring shine, print, bold color, and a sense of storytelling that feels like a celebration of personal style each time Day makes a public appearance. “She’s never afraid to play with things but always stayed true to her roots and her love of vintage clothing. There’s always a nod in there somewhere, whether it’s in her eyeliner or the crown of her hair.”

This year’s Academy Awards is not Vice’s first with Day. In fact, she memorably lounged across the red carpet at the 2018 ceremony in a floral Zac Posen creation. “She lays down, that’s who she is,” he says. Thus far, Day’s 2021 posing plans are unknown and there’s no such last-minute dress dying that Vice is prepping for either. There is, however, a solid plan in place for Sunday’s award show, a very secret one at that. “It’s something to watch for and it’s something to remember,” is all Vice is willing to divulge about her look. He’ll also be styling H.E.R. who’s attending, as well.

Despite this big moment and all eyes on his work, Vice still refers to himself as “the quiet guy in the back sometimes.” But quiet or not, he’s still using his platform to amplify the next generation of fashion talent — particularly in regard to Black designers. “The emerging design scene is where it’s at for me,” he says. “I love what Christopher John Rogers is doing right now. In a sporty kind of way, I love what Victor Glemaud is doing. For Aliette, Jason [Rembert]’s creating some beautiful work there. I love what Sergio Hudson does with suiting. I love what Patrick Cupid does with sportswear. I love the fact that I can sit here and list designers that are of color and they cover all different markets and make beautiful clothes and we're able to push that forward. They’re equal to the comfort of a Max Mara, or the beauty of a Vera Wang gown. There is range.”

Vice’s career shows range in itself. He draws inspiration from his New York City roots, old movies, the work of photographers such as Gordon Parks, as well as his own family matriarchs. He can recall times when barely any designers would work with his up-and-coming clients, and today is continuing to build new connections as prominent fashion houses, including Chanel and Prada, collaborate with him. He’s even ventured beyond fashion to launch a candle line last year, By Vice. It speaks to his passion for scent and desire to create feel-good products “for light purposes when there was much darkness in the world.” He credits timing and his faith for aligning him with people and opportunities to flourish in his career. And even though the industry he’s working in has changed drastically over time, Vice sees it all as a positive step forward. “It makes me truly happy because I have [seen the progression of styling],” he says, referring again to the aforementioned fellow stylists. “[They] get their flowers now because we see their journey.”