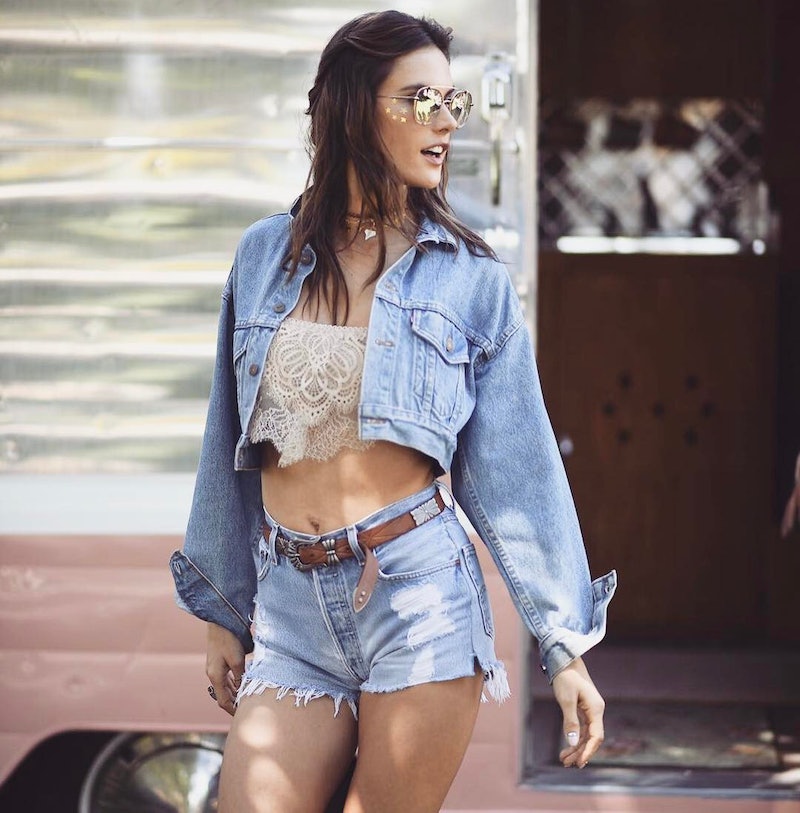 Not all of us were lucky enough to score tickets to this year’s Coachella music festival. While those of us staying at home are missing out on the amazing lineup (including Radiohead, Travis Scott and Lady Gaga, in case you missed the memo), that doesn’t mean we can’t keep tabs on all the happenings. That’s why we’re gathering shots of our favorite stars at the most stylish soirees. Scroll through to see who was where (and what they wore), and keep checking back through the run of the festival, as we’ll be adding more sightings as they roll in.

Kylie switched up her hair color to "highlighter" for her festival look.

Taylor sized up a unicorn float at a pool party on the first day of the festival.

The actress posed in front of a cute balloon display at the Victoria's Secret party.

Kendall, who's been keeping a pretty low profile this week, made an appearance on Hailey Baldwin's Instagram stories wearing this eye-catching outfit.

The performer popped up at the Beats By Dre bash.

Hailey kicked off the festival at Revolve's party.

Hailey lounged at the Bumble party on Saturday.

Everyone's favorite DJ duo took over the decks at Galore's event on Friday.

Rachel hosted celebs including Chanel Iman and Kate Bosworth at the ZOEasis brunch.

The singer stopped by the Levi's event at Sparrows Lodge in Palm Springs, CA.

Who's that girl? RiRi turned up to the festival in a (literally) head-to-toe sheer, shimmery look.