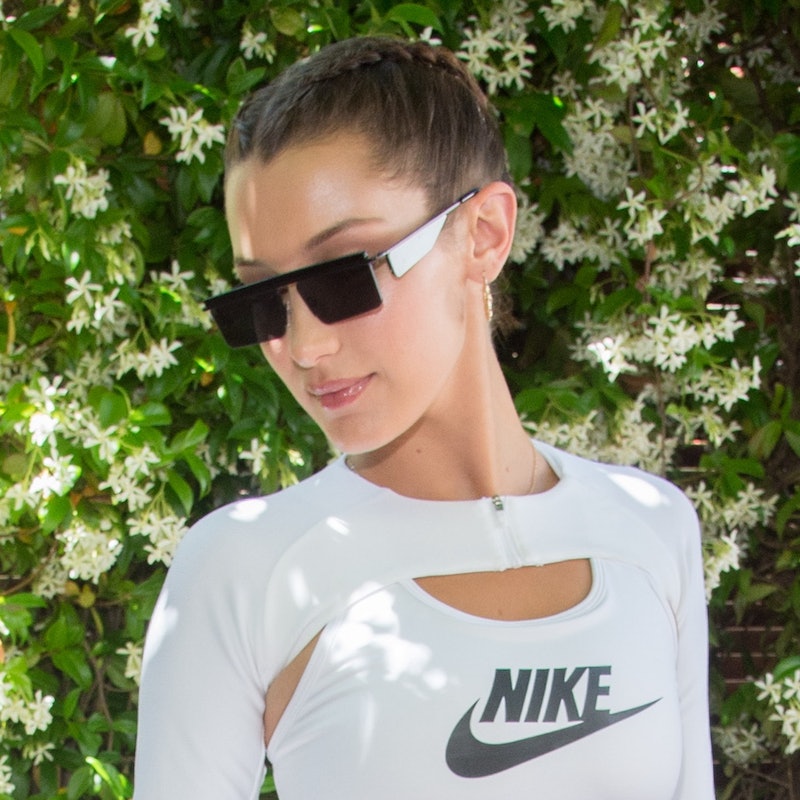 We wouldn’t say that the French Open (which takes place in Stade Roland Garros in Paris from May 21 through June 11) is necessarily the place where fashion steals the show. However, that all changed when Bella Hadid took her fan-girling to a whole new level. As an of-the-moment model who kills the off-duty-look game, we expected her to grab the spotlight with a cool, Parisian-chic look. But, instead, Bella paid some serious homage to the classic sport in a modern take on its uniform, arriving in practically head-to-toe tennis attire—and killing it, to the say the least. Outfitted in Nike garb, including top, tennis skirt, socks and kicks, her ensemble proved that although the uniform may be just a little too sporty for everyday wear, it’s fully appropriate for on-the-court attire. Here’s to hoping we can look just as chic playing as Bella does on the sidelines.