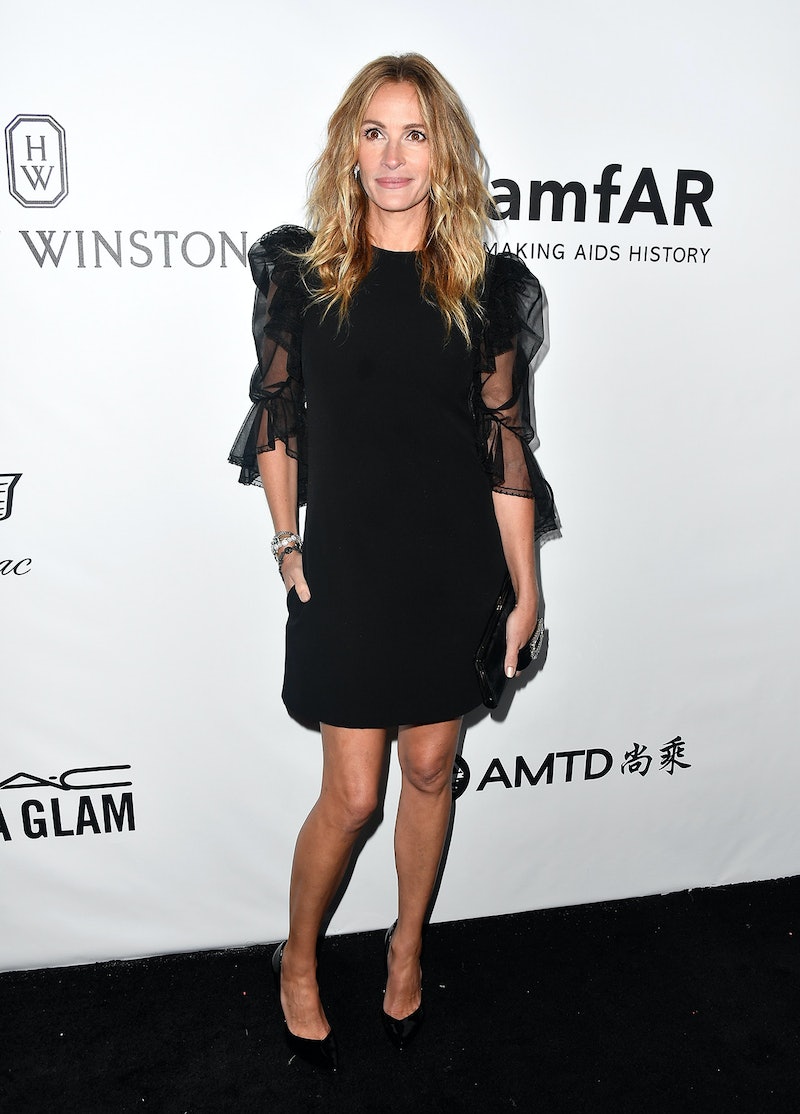 Let’s start by saying, age is nothing but a number. That said, Julia Roberts is fourty-freaking-nine years old and is looking as flawless as she did the first time we saw her in films like My Best Friend’s Wedding, Erin Brockovich, and (obviously) Pretty Woman —as proven by her chic look at last night’s amfAR Gala in Los Angeles. The actress, who received the AIDS research non-profit’s Award of Courage at the fete, wore an LBD that showed off her signature legs and rocked the tousled waves she’s notorious for. Basically, she gave us “Classic Julia” and we loved it.

The event, which took place at Ron Burkle’s Green Acres Estate in Beverly Hills, was also attended by a slew of stylish stars including fellow actresses, fashion bloggers, musicians and more, all of whom covered the spectrum of red carpet glam, from sleek pantsuits to embellished gowns. Read on to see all the looks we loved from the charitable soiree.