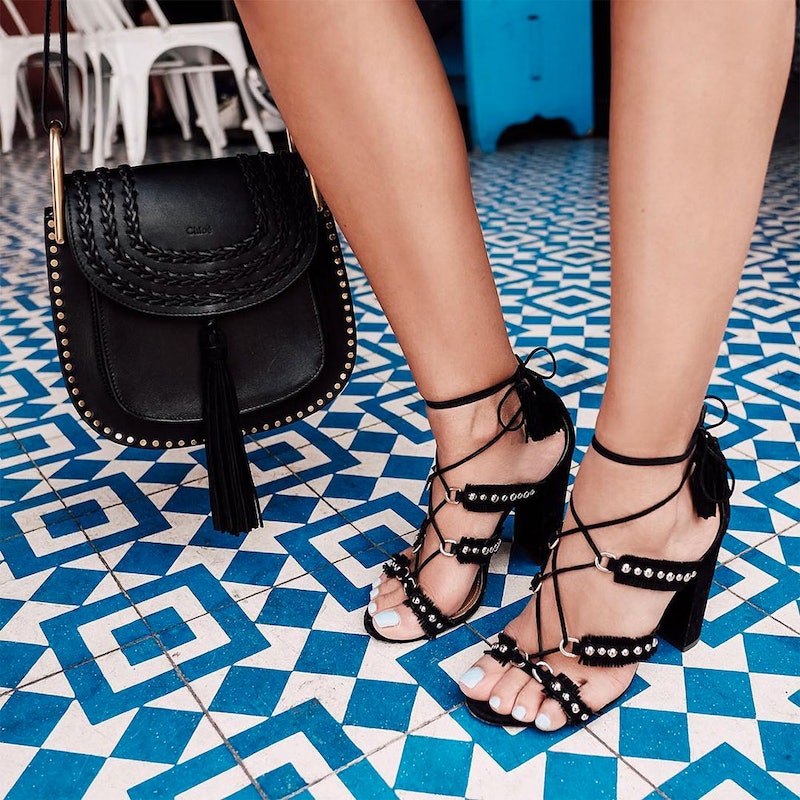 Memorial Day marks the official start of summer but more importantly, some serious sales. If your daydreams include bohemian sandals and extravagant date-night heels, you’re in luck. A myriad of trending styles are on sale now and are likely to have their price tags slashed again over the weekend—meaning your favorite Aquazzura sandals are not only within reach, but totally justifiable. Here, 13 designer sandals we plan to stalk online from now until we pull the trigger. Happy shopping!