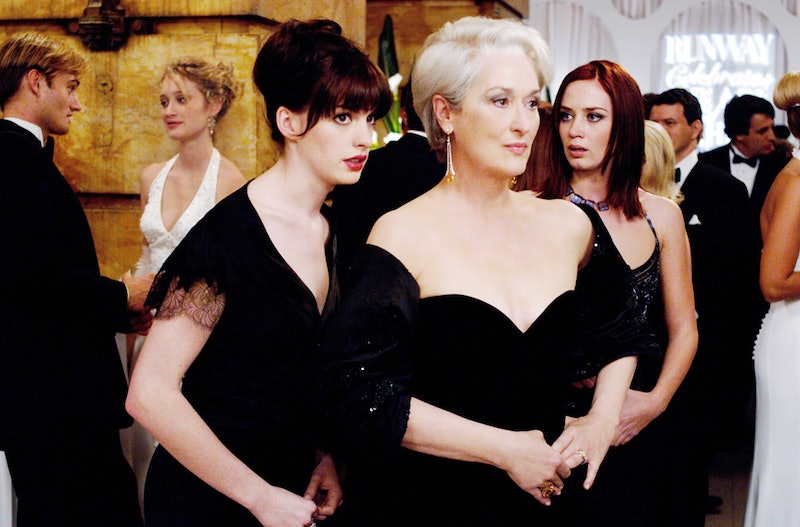 It’s been over a decade since The Devil Wears Prada was released, but the cinematic tour de force continues to be among our favorite films. We share the memes, we quote it at least once a day and, honestly, we’ve watched it hundreds of times. So when Spencer Althouse, the community manager at BuzzFeed, tweeted out a deleted scene that literally changes the entire film, our collective response at the office was to freak out—and according to Refinery29, the internet is going nuts as well. The clip takes place during the charity benefit scene, and it shows a totally new side to ice queen Miranda Priestly.

Here’s the clip in question:

In this version, Miranda’s husband shows up and acts like a total jerk. Andy steps in to help, which Miranda responds to with a mouthed thank you. I’m sorry, what? The Miranda we’ve come to know doesn’t say thank you. The scene also shows more of the dynamic she has with her (horrible) husband—if this had made it in the original film, we probably would have thought much differently about Miranda.