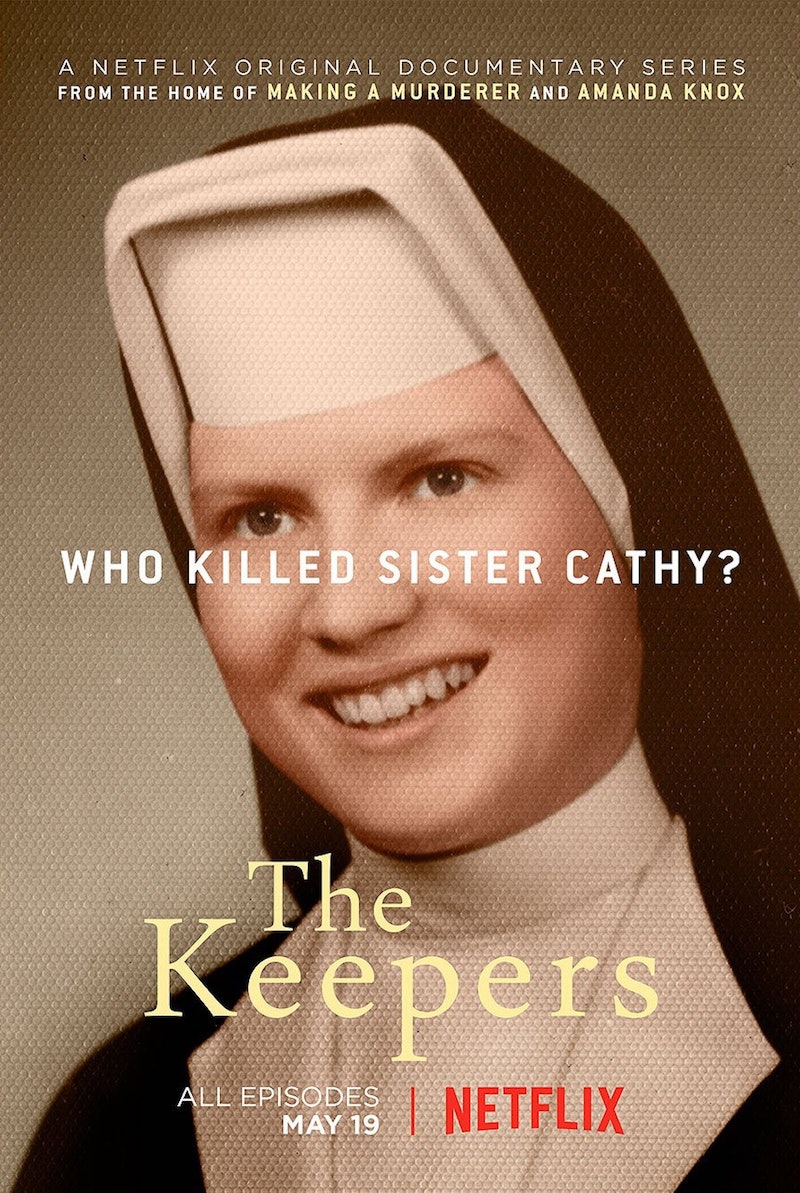 Our obsession with true crime is showing no signs of slowing down. Over the past few years, we’ve devoured the tales of Steven Avery, Adnan Syed, Amanda Knox, OJ Simpson… the list goes on. But, if we’re being totally honest, nothing has really compared to Serial (arguably Patient Zero for the true crime revival) or Making A Murderer. Which is why we were excited to hear of Netflix’s new docu-series The Keepers. The seven-part series takes a deep dive into the unsolved 1969 murder of a young nun in Baltimore, and basically ticks all the binge-worthy boxes.

The series will investigate the life and death of Sister Cathy Cesnik, who mysteriously went missing in November of 1969. Her body wasn’t recovered until months later, and her tragic death was never solved… until now? Fingers crossed we’ll get more closure than we did with Making A Murderer, but regardless, we’re tuning in.

The show premieres on Netflix on May 19.