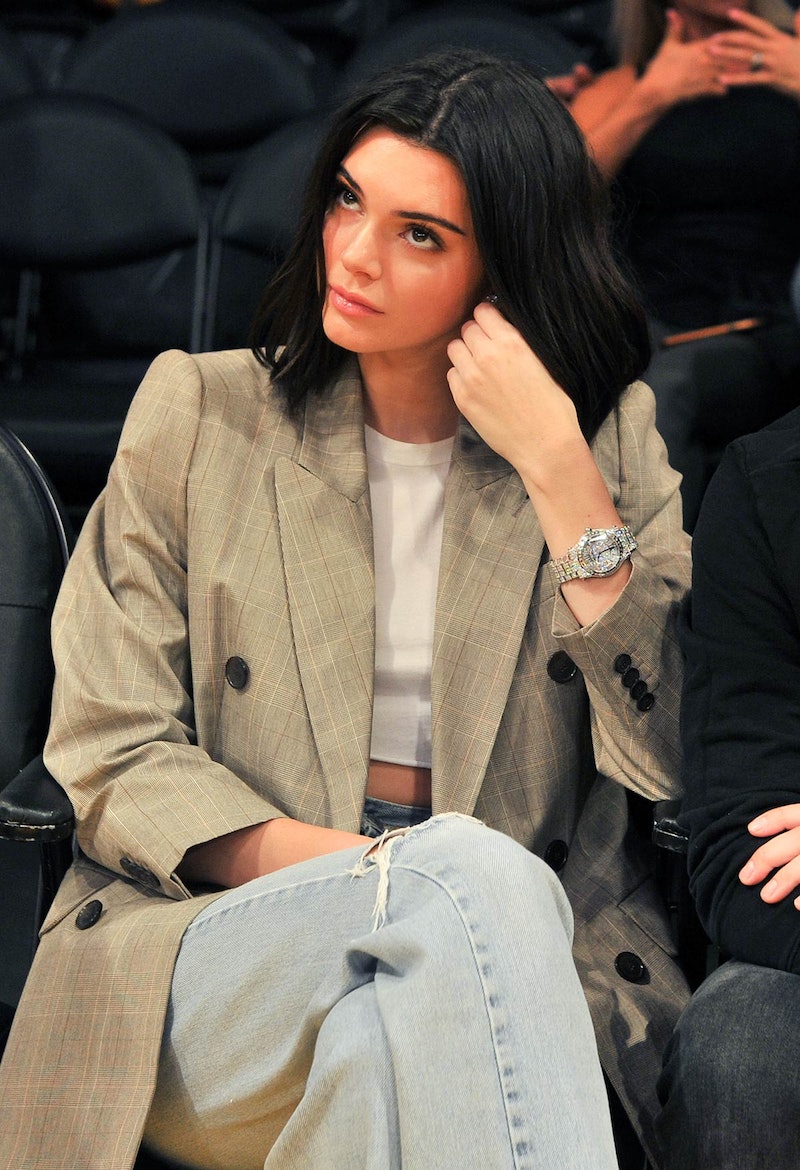 Updated October 26, 2017: It’s been a busy two weeks for Kendall Jenner and her beau Blake Griffin. The rumor mill has been churning as the couple have been spotted spending more time together. Now, a source close to the duo says they’re official. “They’re legit. They’re a full-on couple,” the source (cough, Kris Jenner, cough) told Us Weekly. “Kendall has been going to a lot of his games and they have been enjoying time at home when Blake is in town. They’re good.”

Updated October 20, 2017: If we needed more confirmation that Kendall Jenner and rumored BF Blake Griffin are indeed a thing, we got it last night. The model made a not-so-discreet appearance at the basketball player’s first game of the season (he plays for the LA Clippers). And by indiscreet we mean she was courtside. Yep, decked in the perfect fall ensemble of a checked blazer, cropped tee, distressed straight-leg jeans and heeled mules, she was the most fashionable fan in attendance for sure. Check out more images from her sporty night here.

Original post October 16, 2017: Kendall Jenner, basically the only one in the Kardashian-Jenner brood not currently expecting a baby, is reportedly getting serious with a man named Blake Griffin, whom we’ve never heard of before—but apparently he plays football. Or basketball. Or something. He plays a sport. Probably. [Editor’s note: He plays basketball.]

Anywho, Kendall and Blake reportedly have been casually dating for a couple of months, but Kendall wants to keep her love life out of the spotlight until she’s sure it’s long-term. Well it looks like she may have turned on the spotlight, as she was spotted dining in Beverly Hills with her beau and a few of his friends. Casual dinner or paparazzi snaps orchestrated by Kris? You tell us. Check out the pictures here.