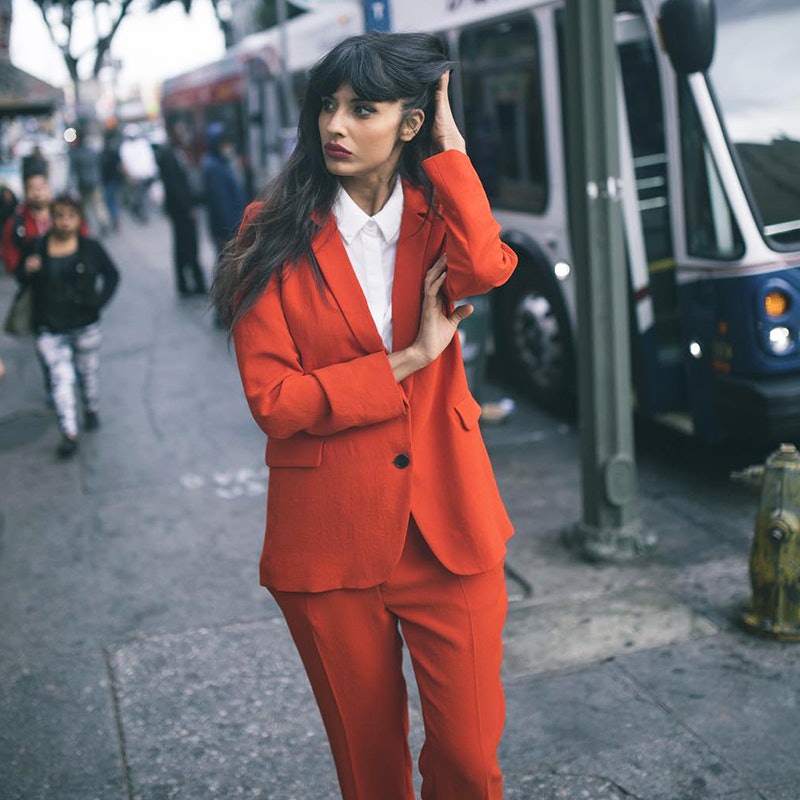 If you’re a woman living in the year 2018, it can feel simultaneously like we’ve made great strides in dismantling unrealistic standards of beauty as well as continuous pressure to conform to them. These unrealistic expectations unfortunately still exist in ad campaigns, model casting and, perhaps especially, on Instagram. However, there are some who are using the social platform to change the tide. Meet the influencers who are shifting our perception of beauty and inspiring us to have greater self-confidence.

Slick Woods is undeniably cool and instantly recognizable thanks to her head-turning style. She shot to fame in part thanks to Kanye and Rihanna (she's currently the face of the latter's Fenty x Savage lingerie line). We caught up with the model at the Mercedes-Benz #WeWonder Manifesto, of which she is a part, to talk about self-expression and the idea of changing versus evolving.

Slick tells us that it was a big step for her to get outside her comfort zone and be okay with change. "Growing is changing, that was the hardest thing for me cause I was always like 'just evolve,' I’m not gonna change," she explains. "Changing is something that I definitely love now, but experimenting was hard for me."

"My profession, it's all about putting other people’s things on me," she said. "I had to find a way to exude who I am through someone else’s vision."

You probably recognize Paloma Elsesser from her recent campaign for Glossier's Body Hero moisturizer. She opened up on Instagram about what it was like to pose nude for the first time.

"I cried 3 times before this shoot. I cried because I still feel scared, paralyzed by insecurity at times, and exhausted by an unfettered vulnerability that I want to present to the world," she said. "I did this to show that being fat isn't a burden. Being fat isn't ugly or shameful. To prove to one person that it isn't BRAVE to be fat, but bountiful."

Leyna Bloom is a model and activist that is breaking barriers for transgender women. In 2017, she was the first trans woman to be on the cover of Vogue India. In April, she tweeted that she was campaigning to be the first transgender model of color to walk in the Victoria's Secret Fashion Show. Her tweet went viral. Her social posts continue to fight for more representation in the fashion industry.

When she first started her Instagram account, makeup artist Steph Aiello chose not to share with her followers that she was paralyzed from the waist down, with limited function in her hands—the result of a car crash in 2010.

She told Bustle that it was an encounter with Tyra Banks at BeautyCon that changed her mind.

The Good Place actress has been outspoken in recent months about the unrealistic standards of beauty our society has and the negative repercussions they have on young girls. Through her personal account and her I Weigh platform, she's aiming to show women that they're worth more than just the way that they look.

"It was an honour and I'm proud that I was the one chosen to open, but this is bigger than me. Me opening for one of the top fashion houses is a statement to the world—especially for black women—that their beauty is something that deserves to be celebrated," she told Vogue .

Anok came to the US in 2000 as a refugee with her family.