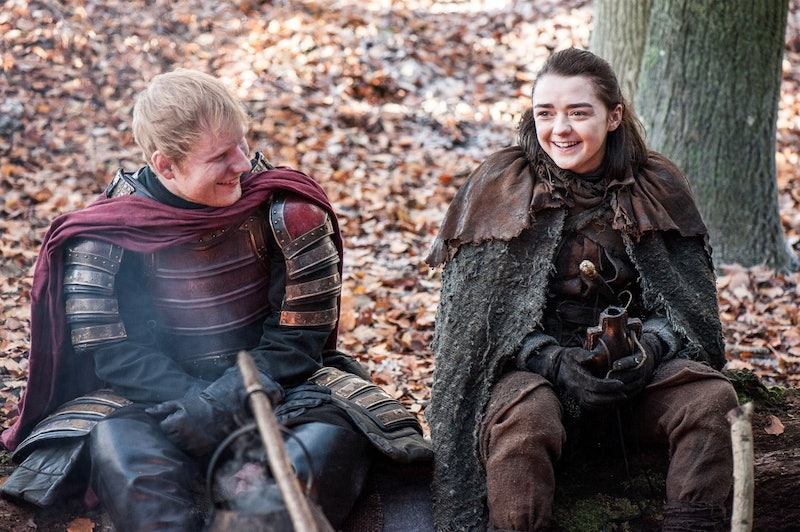 Game of Thrones finally returned to our television screens last night, and there’s so much to talk about (that opening scene! Euron Greyjoy’s fashion choices! Brienne and Tormund! Man buns!). But what really had Twitter in a tizzy was the Ed Sheeran cameo we’ve been hearing about since last year. It was, in a word, ugh. In a few more words, it completely took us out of the fantasy world, and of course they had him sing and honestly, why was he even there? For a show that spends so much time and money world-building and creating an entire language, why bring Ed into the mix and pull us out of the fantasy? It felt very off-brand. The internet seems to agree. Behold, the best Twitter reactions to Ed Sheeran’s cameo.

Honestly, the most surprising thing we gathered from this scene was that, apparently, there’s a drinking age in Westeros.