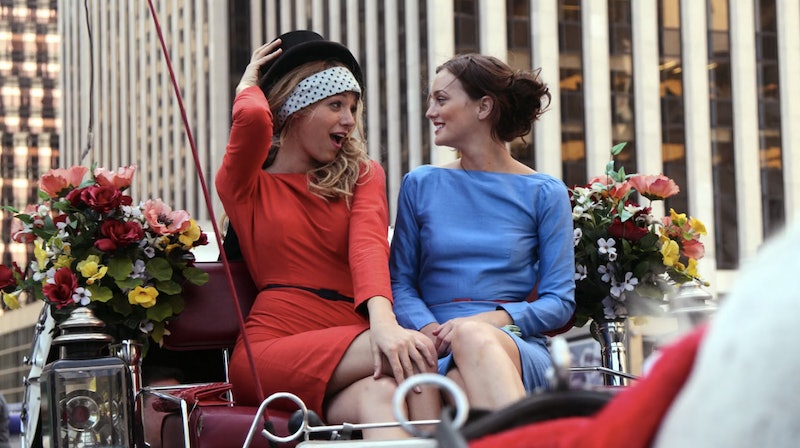 On September 19, 2007, our lives were forever changed when Gossip Girl hit television streams. The endless drama filled the void The OC’s departure left in our lives. In honor of the show’s 10th anniversary—OMG how is that even possible?—Vanity Fair published an epic profile of the show, interviewing the actors, crew and producers. Here are the ten juiciest things we learned. (Oh, and xoxo.)

1. Blake Lively was fantasy-cast by fans of the show. The showrunners, Josh Schwartz and Stephanie Savage, looked at online message boards and found fans of the book series thought Blake would be the perfect Serena.

2. Blake and Penn Badgley kept their breakup a secret for months. “The shocking thing was, I found out on the set of the season two finale that Blake and Penn had broken up months before,” says writer/co-producer Joshua Safran. “They kept the breakup hidden from the crew, which you could never do now. I don’t even know how they did it. They kept it from everybody, which is a testament to how good they are as actors. Because they did not want their personal drama to relate to the show.”

4. Chuck Bass—er, Ed Westwick—still isn’t quite sure who Gossip Girl is.

5. Blake and on-screen BFF Leighton Meester weren’t friends IRL. “Blake and Leighton were not friends,” says Joshua Safran. “They were friendly, but they were not friends like Serena and Blair. Yet the second they’d be on set together, it’s as if they were.”

6. Blake knew after reading the script it was going to be a cultural phenomenon. “I’m actually a very shy person and the idea of losing my anonymity was one that was scary to me. I remember saying when I read this script, ‘Whoever does this will not be able to walk out of their house ever again and be the same as before they started this,'” she says. “That was both exciting and thrilling, but also very scary.”

7. Ivanka Trump and Jared Kushner were on the show “for the money.” They were in one episode, and according to Josh Schwartz, “They did it for the money.”

8. The most illegally streamed show in China was Gossip Girl, according to Dawn Ostroff, then CW president of entertainment.

9. The producers absolutely wanted the cast to date one another. “I remember there was one point where we were just afraid of how our personal lives overlapping our work life could be perceived by our bosses. [But then] we were like, ‘Oh no, that’s exactly what they want.’ They wanted us all to date,” says Blake. “They wanted us all to wear the same clothes that we’re wearing on the show. They wanted that, because then it fed their whole narrative. People could buy into this world.”