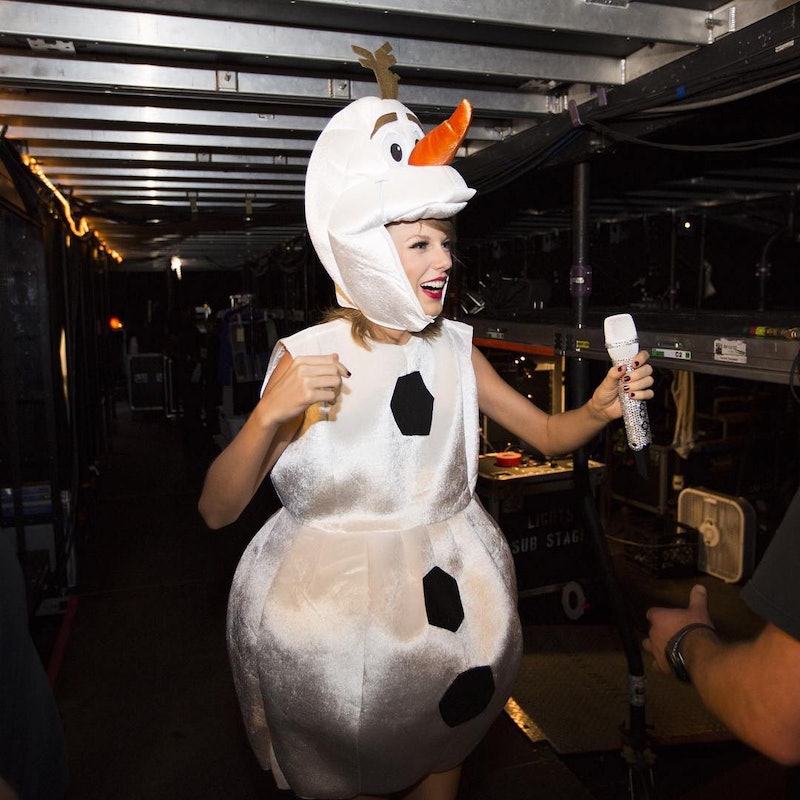 I grew up on a steady diet of Disney films (and horror movies, but that’s another story). That has 100% carried over into my adult life, leading to many trips to Disneyland and a bit of an obsession with Frozen. I mean, when that movie came out I was singing “Let It Go” as often as my 3-year-old niece (#SorryNotSorry). Now, when I say “obsessed,” it’s not like I have posters of Anna and Elsa hanging around my apartment, and I wasn’t particularly invested in the Elsa doll shortage of 2014 … though I do have an Olaf coffee mug and an Olaf commemorative cup that has made an appearance on my Instagram. (I would brag that I know all the lyrics to “Let It Go,” but that’s obviously a given and is also literally everyone, ever.) I also crack up every time, without fail, at this part and this part—which I like to think is endearing, but most people probably assume is part of an impending psychotic break. Whatever. It makes me happy.

So when I found out that Frozen 2 finally had an official release date, my natural response was “OMFG.” And then sobbing face emojis—because it won’t come out until November 27, 2019. Yeah, two and a half years from now. Half of me is happy, because Disney’s clearly going to take their time so that it turns out amazing … but the other half of me just wants to watch it ASAP, because can you even imagine how good the score is going to be? Plus, I need more Anna and Kristoff and Olaf and Sven and Elsa adventures in my life.

In the meantime, I’ll settle for sipping rosé out of the aforementioned Olaf commemorative cup while re-watching all my favorite Frozen scenes (i.e., the whole movie plus the special features). See Disney’s official (and kind of casual—seriously, where are the 19 exclamation points?) announcement, plus a four-second clip, here.