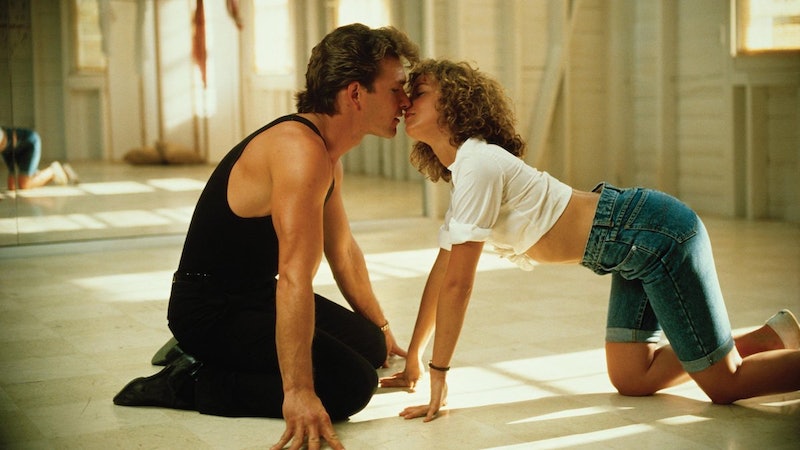 I remember the first time I watched Dirty Dancing. I begged my mom to let me for weeks (I was 13 and therefore not in control of my television viewing); she was hesitant to let me for reasons that mostly had to do with the character of Penny. (That issue in particular seems especially relevant today.) I guess I was annoying enough that she finally caved. From the moment Baby began her voice-over, I was entranced. Since then I’ve seen it approximately 1,000 times. Thirteen-year-old me loved it because it was a love story with dancing—20-something me loves it because it’s that and so much more.

When I learned that Hollywood is filming a remake, I eye-rolled so hard I almost fell out of my chair. After having cringe-watched the just-released trailer, I stand by that reaction. Hollywood has a horrible habit of taking movies that are already perfect and turning them into hollow facsimiles of themselves. (In addition to this blight upon cinema, Hollywood is also planning to reboot Labyrinth, another ’80s film that is literally perfect and includes David freaking Bowie.) And, in case you feel like telling me that I should give this new Dirty Dancing a chance, I will point you to the 2011 remake of Footloose, or 2009’s Fame.

Dirty Dancing is already the perfect film. You can’t make it better. Stop trying to make Dirty Dancing 2017 happen. The original oh-so-eloquently discussed topics like growing up, class differences, women’s health and sexuality, plus did I mention there’s dancing? And Emily Gilmore! The lift at the end is one of the most cinematically beautiful scenes of all time. The whole movie takes what could easily be cliche—summertime romance, choreographed dance scenes—and crafts it into something more. Think about it: The film had so many avenues by which to throw Baby and Johnny together so that their romance could bloom, and they chose to tackle a polarizing issue that is still rarely portrayed on television or in movies.

Plus, you don’t often see romantic leads like Jennifer Grey. It was the perfect casting decision, because she brought so much depth, earnestness and life to her character, and her beauty was not of the traditional Hollywood sort. And I hate to say it, but Abigail Breslin, who plays Baby in the reboot, is no Jennifer Grey.

Also, apparently the remake is going to show us what happens to Baby and Johnny after the summer. No. Stop it right there. THE ENDING IS ALREADY PERFECT. (I accidentally typed that in all caps, but decided to leave it because it seems right.) They’re also updating the songs “Time of My Life” and Patrick Swayze’s “She’s Like the Wind.” To which I simply ask: Why?

Next you’re going to tell me that they’re remaking The Princess Bride. (Inconceivable.)

Watch the new Dirty Dancing trailer for yourself, below.