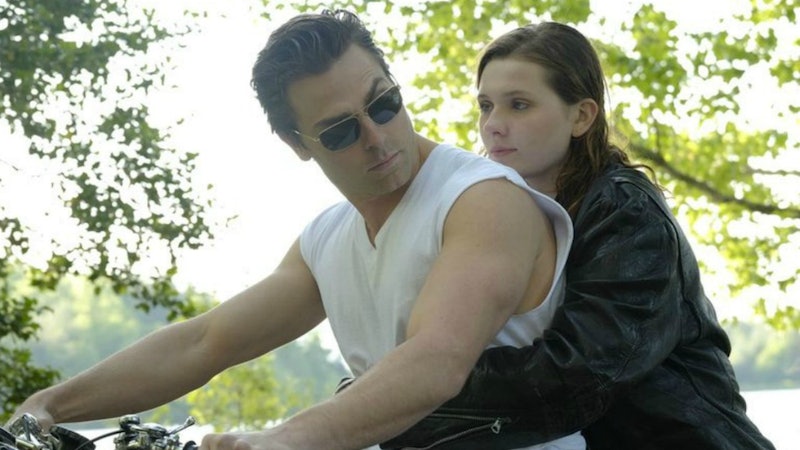 About a month ago, I expressed my disdain that someone thought it was a good idea to remake Dirty Dancing, a movie that is literally perfect. Now, since the 2017 rendition aired on ABC this week, I can tell you it was exactly as awful as you’d expect. Between the lukewarm covers of iconic songs and the (unnecessary) extra 30 minutes, there’s a lot to dissect, but I’m going to focus on the parts that made me the most rage-y. Warning: spoilers ahead.

So it starts out with Baby heading into a Broadway show aptly and not at all lame-ly called Dirty Dancing: The Musical. Subtle. Then we flash back to the summer of 1963. Abigail Breslin, who plays Baby, is a talented actress, but Jennifer Grey she is not.

What follows is pretty par for the course with bad movie remakes (see also: Flashdance). Nothing against Colt Prattes (who is actually a pretty good dancer), but no. Just no. Instead of teeming with sexuality and dance moves à la Patrick Swayze, he just looks like a poser in a too-white tank top. Like, how long did you practice that eyebrow arch, bro?

There were many points at which I wanted to turn it off, but nevertheless, I persisted. Then, the ending. I could possibly forgive the part in the middle where they devote extra time to Baby’s parents as a means of fleshing out the characters, but really it’s just a lot of unnecessary exposition. Even Debra Messing, who plays Baby’s mom, couldn’t save it.

After the final dance scene we flash forward to the Broadway show. Spoiler alert: It’s Johnny’s show and he’s a super successful writer now. Johnny and Baby talk, and then … Baby’s husband and daughter show up. Insert unintelligible keystrokes here, because I can’t think of any other way to describe how I felt at that moment. Dirty Dancing for sure did not need that epilogue. Or any epilogue. It was already perfect.

And there you have it. The remake of Dirty Dancing that no one—literally no one—asked for. My advice: Skip it (unless you want to raise your blood pressure) and rewatch the original instead.