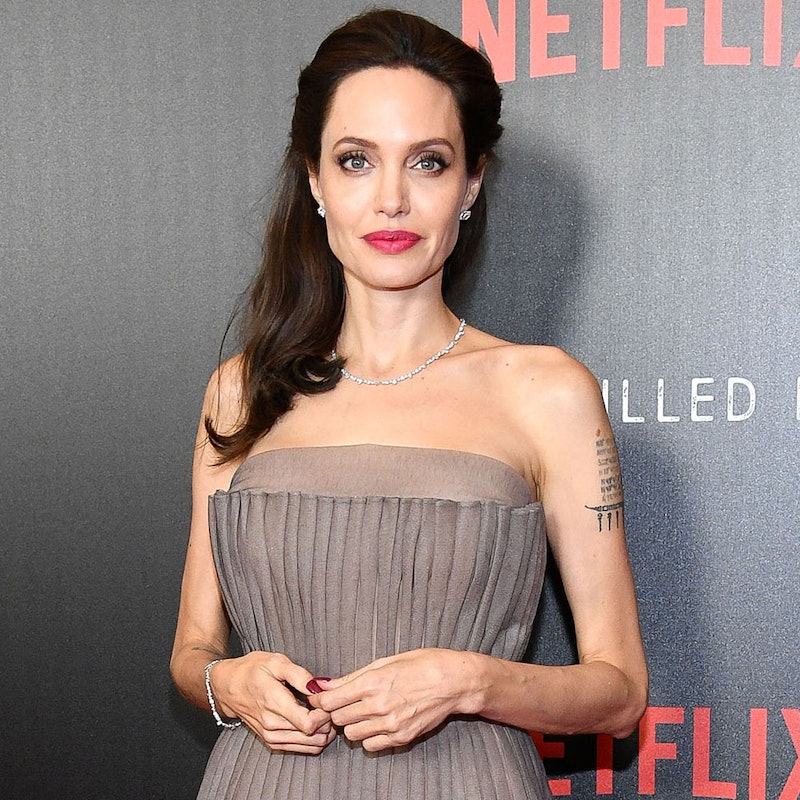 Though it’s been a tough year for Angelina Jolie’s marriage, she’s made it clear that her family remains her number one priority. That was evident especially last night when the actress/director/humanitarian attended the Los Angeles premiere of her latest effort, The Breadwinner. Angelina walked the red carpet with two of her three daughters and posed with them alongside the animated film’s lead actress, Saara Chaundry. Though nine-year-old daughter Vivienne was not in attendance, 11-year-old Shiloh and 12-year-old Zahara showed up looking chic next to their mom, who stunned in a white Ulyana Sergeenko gown. The movie is focused around an Afghan girl who disguises herself as a boy to support her family, a powerful narrative that speaks to so many subjects that Angelina—who co-executive produced it—has been vocally passionate about. That’s likely why she felt that its LA premiere should be a family affair. We absolutely love getting to see these mother-daughter moments with the Jolie-Pitts, and know that moments like these with her kids are getting her through some of the tougher times.