This might just be one of her most intricate hairstyles to date. 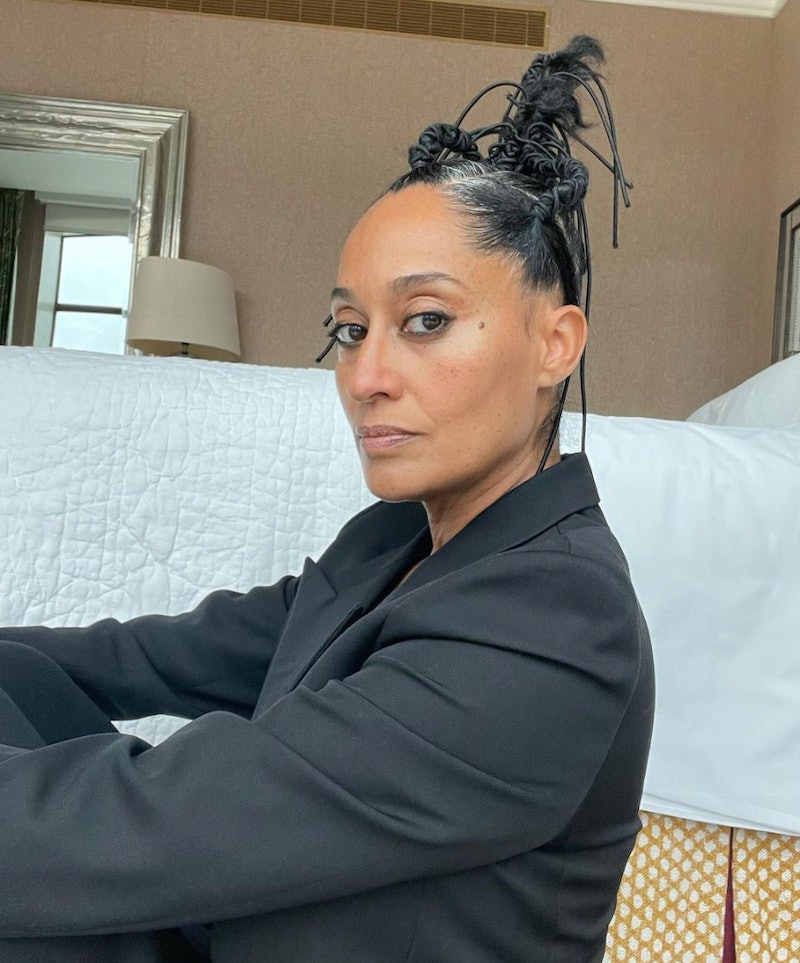 Are you ready for some next-level hair inspiration, folks? Because your fave Tracee Ellis Ross wore a stunning sculptural hairstyle for Pyer Moss’s couture show this week, and no surprise here, her fans are in awe of the highly intricate look, which likely took hours to create. It was done by none other than hair mastermind Chuck Amos, who’s worked with everyone from Naomi Campbell to Janet Mock.

The 48-year-old actor and Pattern Beauty founder showed off her ornate updo via her Instagram grid in a series of photos so that fans could see the gorgeous style from all sides. “Sculptural grey from different angles for @pyermoss,” reads the caption. “She held up in the rain. and by she, i mean my hair. wish i wasn’t missing the rescheduled show on Saturday! luv u @kerbito.”

Additionally, Amos shared his own snapshots of the abstract updo on his Instagram with the caption, “Another Fun and Creative Day with @TraceeEllisRoss!!” Naturally, myriad people are praising his work in the comments, leaving messages like: “Loooooove this @chuckielovehair !! On point!” “THE ART ❤️❤️❤️❤️❤️❤️❤️,” and “Of course this was you 🔥🔥🔥.”

While Amos didn’t share details in regards to how he created the style, it appears that he separated Ellis’ hair into several different sections and used some black, bungee cord-like string to wrap around each section of her hair. He then connected all of them at the top using said black string in order to create the sculptural effect.

Later in the day, Ross took to her Instagram Stories to show fans the aftermath of untying her hair from its upright position. In the photos, it’s clear that Amos divided her hair into five-plus ponytails all over her head and then used the black string to wrap around each one and secure it in place. If you don’t look close enough, you might think that her hair is braided, but really it’s just the string woven around each section of hair, which gives it a plaited appearance.

All this to say, props to Amos for creating this incredible work of art — and to Ellis for repping it like the hair icon that she is.