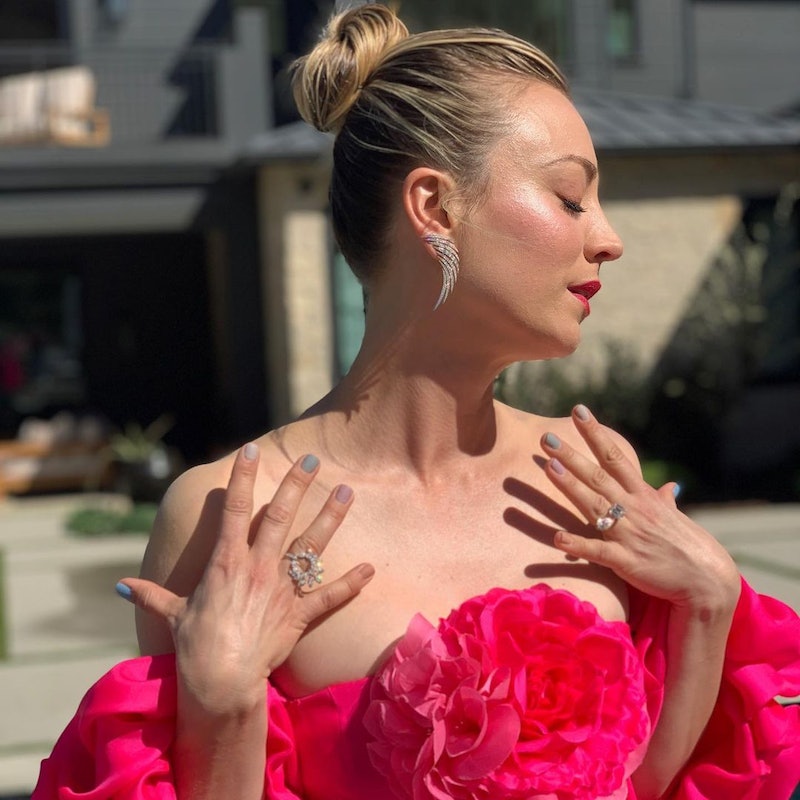 While often overlooked amidst a dramatic ensemble, a sleek manicure can actually make or break an outfit. For over-the-top gowns, clean, minimal or neutral-colored nails help complement a look without taking from it. And, on the flip side, a bold or dramatic nail look can add the perfect pop of pizzaz to an otherwise simple outfit. Making a case for the impact of a great nail look was the 27th Annual Screen Actors Guild Awards. From the playful and vibrant to the chic and natural, nothing was off-limits at the pre-taped event.

Possibly one of the most memorable nail looks of the evening came from Cynthia Erivo who sported multi-colored talons bedecked in jewels to complement her champagne Alexander McQueen gown. Not to be outdone was Kerry Washington, who stole the show with her mermaid-like Etro ensemble that inspired a festive dip in the actor’s pool. Washington matched the rich royal blue color scheme of the dress with her negative space mani that featured dazzling detailing.

And then there were the toned-down looks of the evening. Actor Kaley Cuoco went for a cool, pastel manicure that featured a different tone for each nail (so as to take away from her fuchsia Prabal Gurung gown). Jurnee Smollett also went more subdued with a soft pink manicure that was beyond elegant.

So, if you’re looking for some spring manicures to bookmark for your next mani appointment, the following looks from the SAG Awards are worthy candidates. Enjoy.

Want a dramatic nail look for spring? Emulate Erivo’s rainbow talon manicure that was as bold as it was cool.

Smollett’s magenta Zuhair Murad gown made quite the statement, and the actor’s baby pink mani served as the perfect complement to the dramatic look.

Can’t decide on a shade for your next nail look? Take a page from Cuoco’s book and go with several — one for each finger.

Washington’s bright blue nails worked nicely with her under-the-sea theme for the evening.

Taylor-Joy was the picture of elegance in her Vera Wang ensemble, which was accented beautifully with a black-tipped negative space manicure.