It’s the color of the summer. 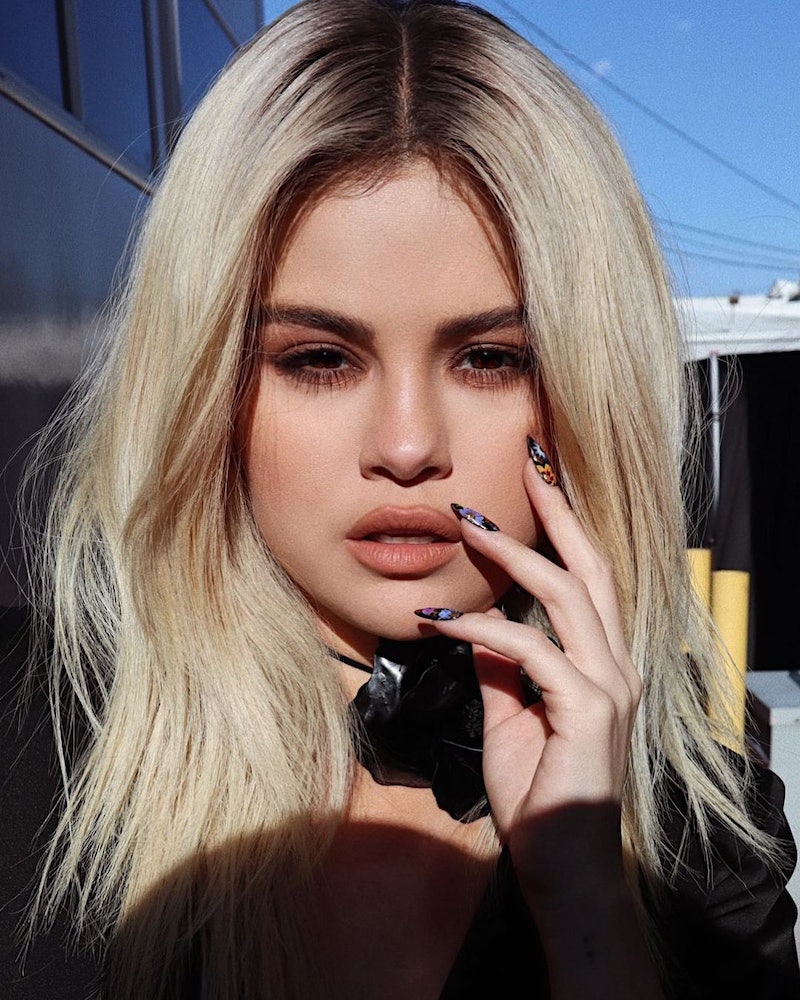 Nail art has been a massive trend as of late, but sometimes it’s best to keep things simple. All hail Selena Gomez, whose neon manicure is giving fans a renewed appreciation for solid colors. In an IG post, celebrity manicurist Tom Bachik showed off the coffin-shaped neon green nails he did for the singer’s collaboration with swimwear brand LA’MARIETTE. Gomez also shared the image, hinting that “something exciting” is coming with LA’MARIETTE this weekend.

Gomez’s nail shade is the perfect cross between lime green and green apple, colors that elicit sweet summer feelings in their names alone. How exactly did Bachik create it, you may be wondering? According to his caption, he used two gel shades from Bio Seeweed: Lime Time and Victoria. Bachik didn’t explain his technique, but it’s safe to assume that he either mixed or layered the two shades. The resulting green pairs perfectly with the hot pink eyeshadow and multicolor top Gomez is wearing in the photo. Her nails are also a medium length and filed into a coffin shape, meaning they’re square but slightly tapered at the ends.

Bachik is certainly no stranger to celebrity manicures. His other clientele has included Jennifer Lopez, Margot Robbie, and Olivia Rodrigo, and he’s responsible for some of Selena Gomez’s most iconic looks. Nail fanatics went wild when Bachik put a unique twist on a French manicure for Gomez’s appearance at Vax Live: The Concert to Reunite the World in May. In addition to creating an edgy black nail with a white tip, he also painted the underside of her nail red.

Want to try out Selena Gomez’s neon manicure for yourself? Check out the exact shades Bachik used and get your nails in shape for summer.