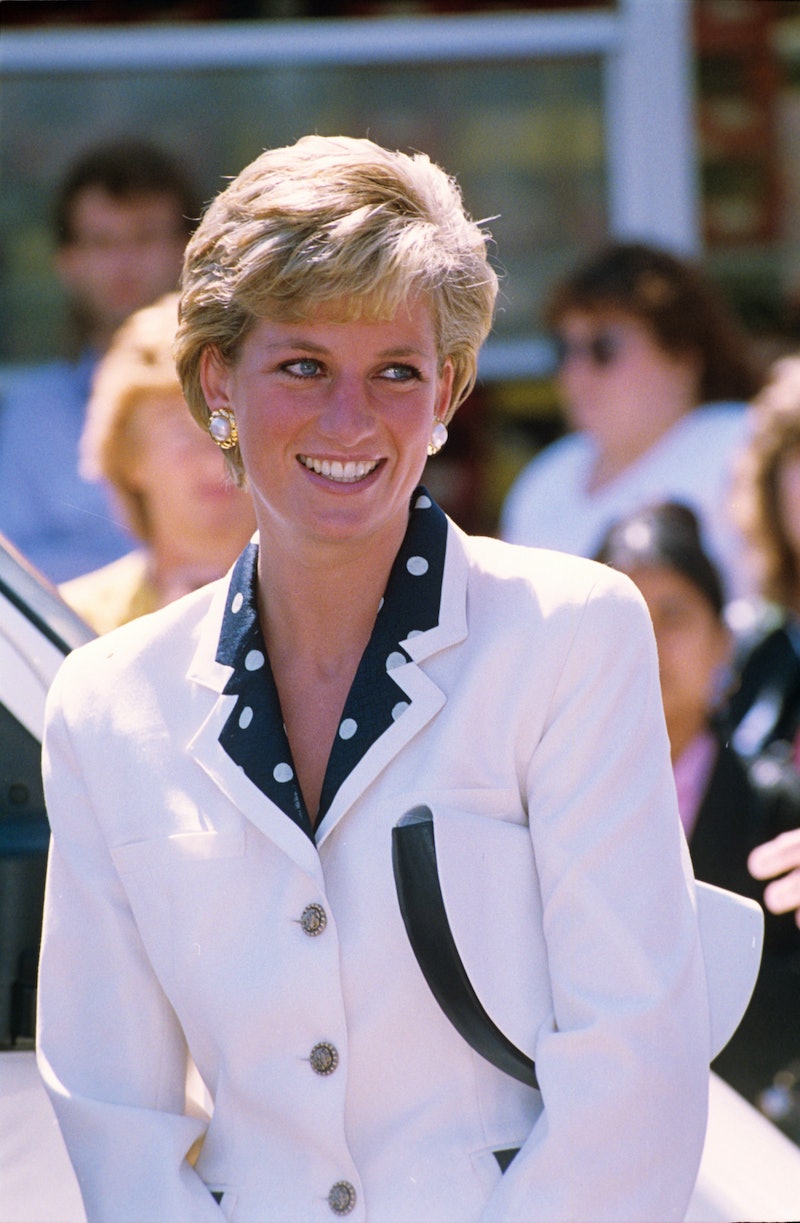 Few hairstyles have remained more relevant throughout the decades than Princess Diana’s short haircut — and it almost didn’t happen. In a new video for British Vogue’s Vogue Visionaries series, Lady Di’s own hairstylist Sam McKnight shared the story of how the iconic, early ‘90s cut blossomed out of a chance conversation and a photoshoot. (Of course, that should come as no surprise to those who know about the royal’s sense of humor.)

“The first time I met the Princess of Wales was on a shoot. This leggy blonde comes bouncing up the stairs and sticks her hand out,” McKnight said in the emotional video, which can be viewed on British Vogue’s YouTube channel. “And it was Princess Diana.”

According to McKnight, the agenda that day involved taking official portraits for the publication’s magazine. “She wore a tiara, and I made her hair look short under the tiara,” the stylist continued, saying that he “faked” it to look shorter than it was. “At the end of the day she said, what would you do with my hair if I just said ‘do anything?’ And I said, I would cut it all off and start again.”

The stylist said his reasoning involved the trends of the time, and how a new decade was ushering in new looks. “It was the beginning of the ‘90s. I was doing lots of shows and covers, and a lot of the girls had short hair. We were moving from the big frou-frou ‘80s into the sharp, more androgynous business chic of the ‘90s,” he explained.

Unsurprisingly, the princess was on board. “She said, why don’t you just cut if off now? So I cut it off then and we never looked back,” McKnight added. “That was it for a few years.”

And it’s still it, if you’ve also adopted a pixie cut, cropped look, or some other type of short hairstyle after seeing Diana’s signature look — as many have for many years. Click over to British Vogue’s YouTube channel to watch the entire video featuring the celebrity stylist.