Dresses over pants for the win. 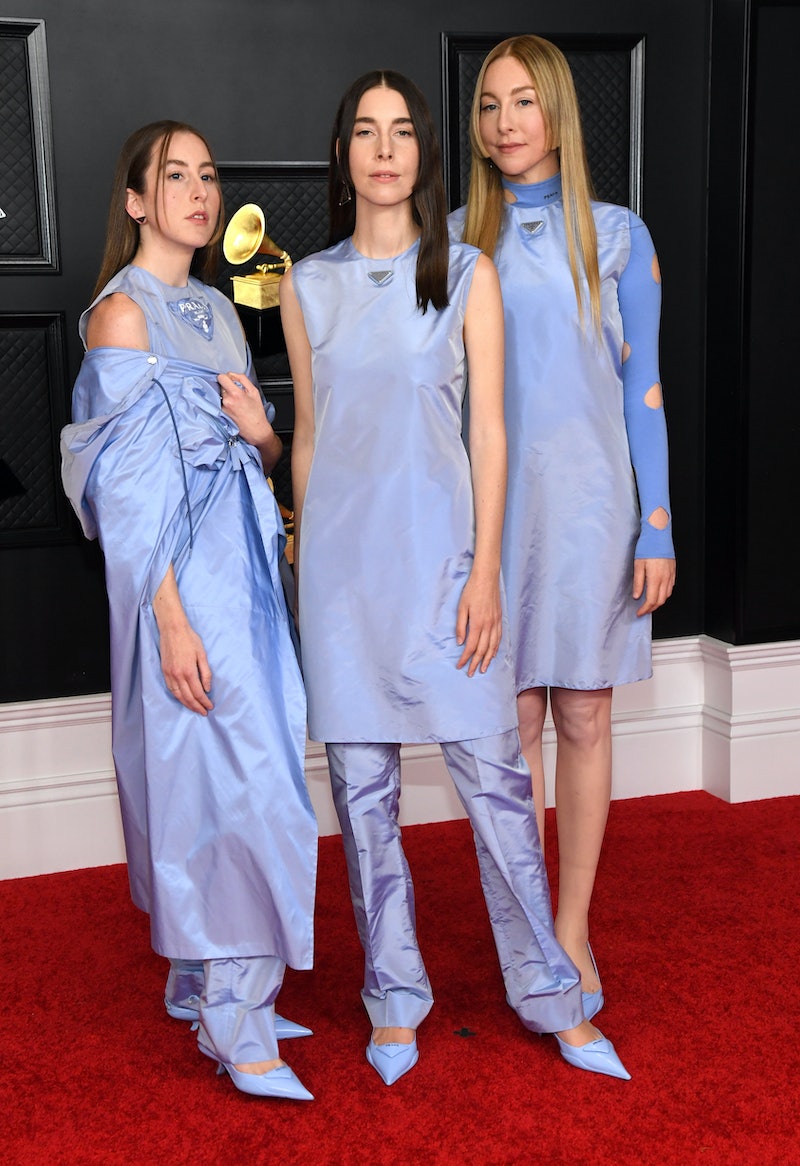 Spring is almost in the air, but the attendees of the 2021 Grammy Awards are already there. Yes, in addition to the extravagant gowns (here’s looking at you Noah Cyrus) and sleek suiting, there were a fair amount of layered looks, making a case for transitional dressing. Dresses over pants, floor-length capes, and intricate mesh overlays — all these takes were in full effect at the March 14 event.

Leading the charge was singer and five-time nominee H.E.R., who stunned in an embroidered, velvet tunic and trouser set by Dundas. The rich plum hue and luxe texture gave a whole new meaning to pajama dressing (especially when paired with diamond-encrusted jewels and retro shades). Also embracing dresses over pants was sister trio HAIM, who were dressed head to toe in custom lilac Prada. Two of the siblings opted for dresses over bell-bottomed slacks in the same shiny raw silk material that had a fabulous sheen to it.

Also layering like a pro was Brittany Howard. The five-time nominee and “Stay High” singer opted for a black bedazzled cape over her fitted maxi gown, giving her look a regal edge. On the same page was country singer Mickey Guyton who stunned in a Valentino gown that included a sheer mesh overlay, which was covered in embroidered sequin butterflies.

If you’re ready to embrace transitional dressing for the coming season, take a look at these red carpet looks for all the inspiration:

How To Layer Clothes For Spring: HAIM

How To Layer Clothes For Spring: H.E.R.

How To Layer Clothes For Spring: Brittany Howard

How To Layer Clothes For Spring: Mickey Guyton