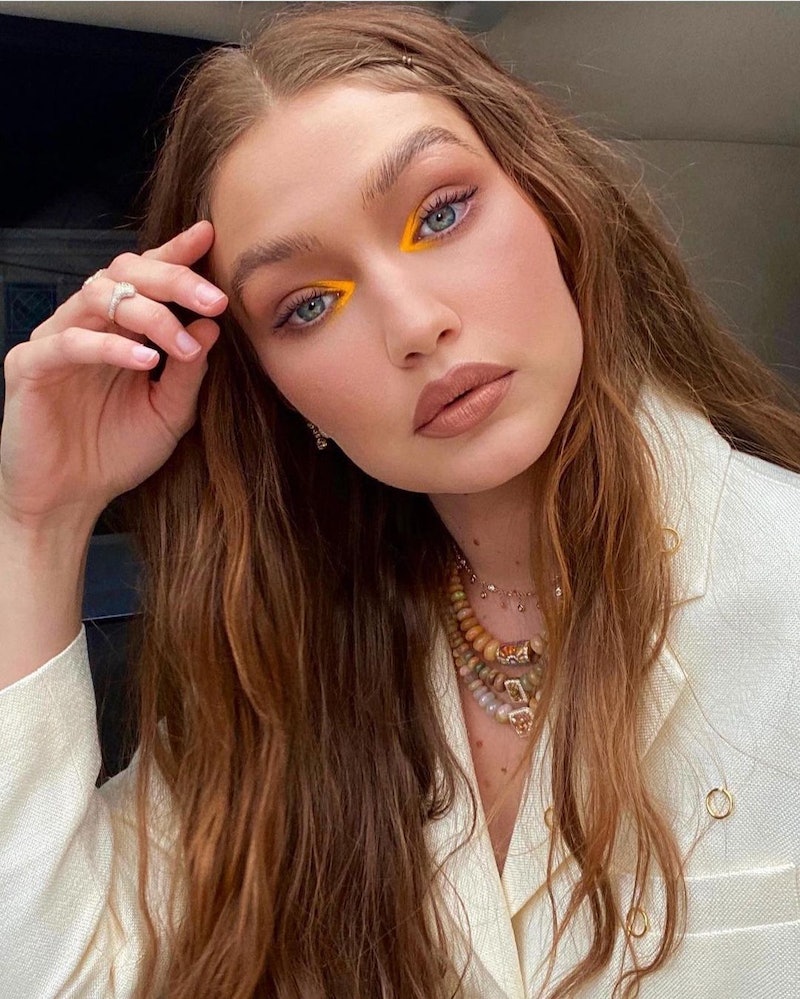 ‘Tis the season for hair changes. The breezy, sun-drenched summer months often inspire us to lighten up our hair, add highlights, or experiment with a new style. Gigi Hadid is no exception, Earlier this year, the model debuted auburn red hair, and in her latest IG post, it looks like she doubled down on the trend and went even bolder.The 26-year-old posted a sunny selfie of her wearing a beanie along with the caption: “city limit⚓️🚨”. The backdrop appears to be New York City, where she resides with boyfriend Zayn Malik and their 9-month-old daughter, Khai.

After first adopting crimson hair for Versace’s virtual Fall/Winter 2021 presentation — her first runway show after giving birth — Hadid enjoyed the shade for a few weeks but eventually went back to her sandy blonde roots. But now, it seems that she’s a redhead again — and this time, it’s even brighter than before.

We’re not sure if it’s just the lighting or perhaps a filter, but Hadid’s hair certainly looks more firetruck red as opposed to the copper hue she debuted at the Versace show.

While it’s totally possible that Gigi Hadid’s latest redheaded selfie is a throwback from the winter months (note her beanie and jacket), it hasn’t stopped fans from going crazy over it. The post has already amassed over 4.6 million likes and a slew of comments, with no shortage of heart-eye emojis.

Have a look at this BTS shot the model shared in March to decide for yourself if her current red is, in fact, even redder. Either way, Hadid is giving us major summer hair color inspiration.