It’s the shortest her hair has been in a decade! 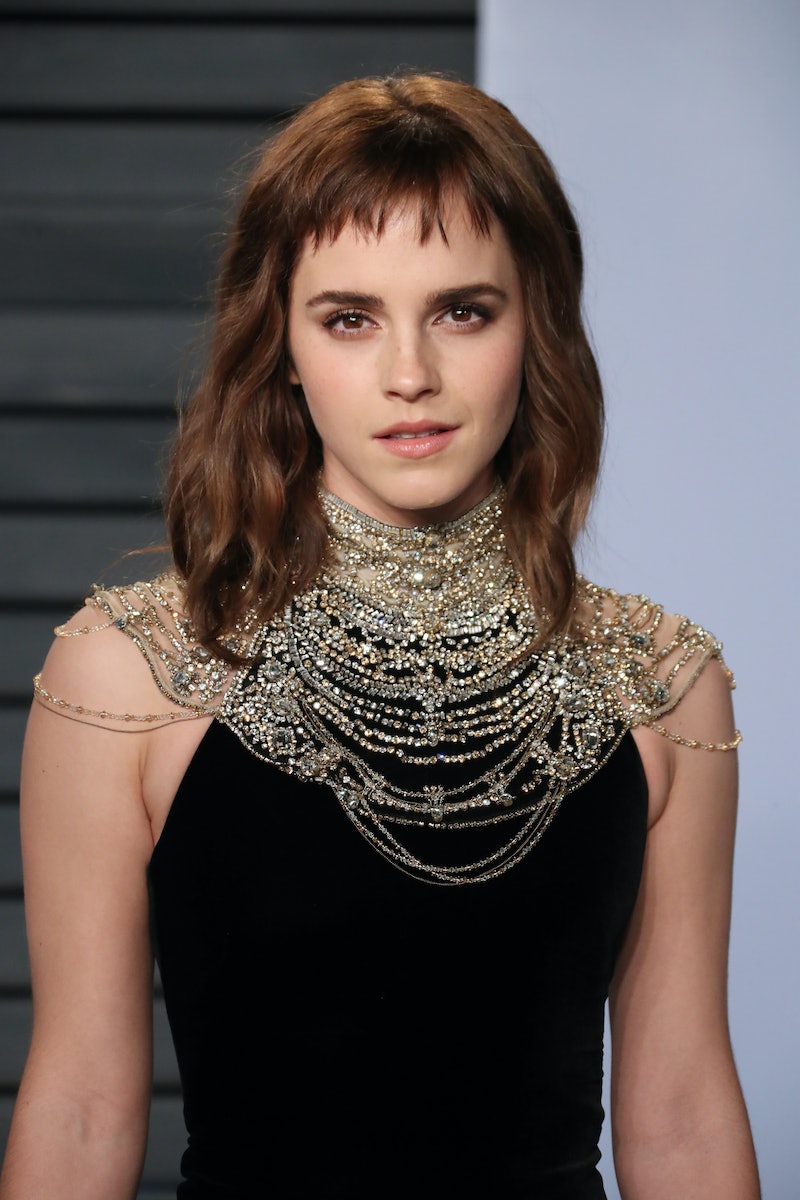 Emma Watson is not the type to update social media to alert the world of a new hairstyle. In fact, she hasn’t updated her Instagram at all since June, and her bio currently reads: “Emma’s official Instagram page is currently dormant and is not being updated,” with a link to blacklivesmatter.com. But Watson did in fact, recently update her hair. While out in Beverly Hills yesterday Emma Watson was photographed with a new bob.

Watson was visiting Ferrarini Cafe with her boyfriend Leo Robinton, and her outfit was an extreme quarantine mood, to say the least. The star paired her new hairstyle with a grey sweater, black sweats, and what appear to be Teva sandals. Her blonde bob peeked out around her black face mask. Though Watson’s been inactive on social media, her manager issued a statement to Entertainment Weekly in February stating that “Emma's social media accounts are dormant but her career isn't,” so it’s possible the new look could be for an upcoming role. Or, perhaps Watson, like so many others, was just craving a change in the wake of the past year.

Watson has kept her hair long for a while now — the last time fans saw her with a short hair was when she ceremoniously shed her Hermione ‘do at the end of the ‘Harry Potter’ era — which was, crazily, already over ten years ago. At the time, Watson was 20 and said “I didn’t get to experiment with dyeing and chopping off my hair like most teenagers. I also felt, right, I’m 20, I’m not a little girl any more. I’d been on Harry Potter for ten years so I needed to mark the end of it in some way. I needed a drastic change and that’s what the crop was all about.”