Time to switch up your gallery wall. 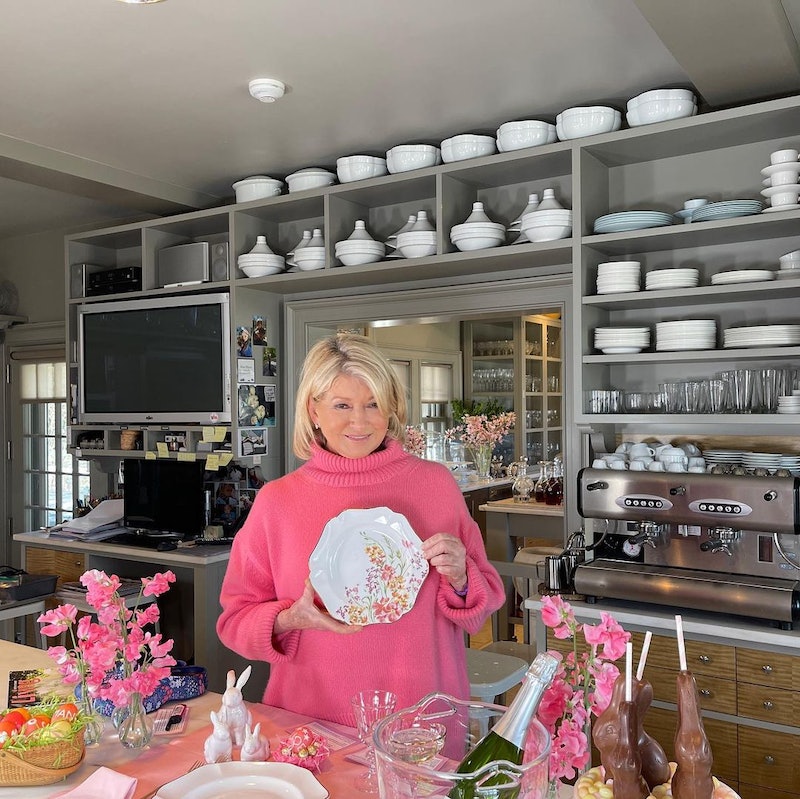 The year 2020 was ripe with experimentation in terms of decor. With ample time spent at home, people went all out trying new things, and with that came a bevy of fresh (and returned) trends. A notable one that experienced a revival? Using plates as decoration, which, while nothing new exactly, is being embraced with renewed fervor by design lovers all over. In fact, even major celebrities are getting on board — including two of the most famous and influential women in the world, Oprah Winfrey and Martha Stewart.

It’s true that replacing art with tableware has been around for a while. As Carolina Irving recently noted to ADPro, many European castles were actually created with entire rooms dedicated to displaying ceramic and porcelain dishes. So, yeah, this practice has quite a past. Yet as the publication also calls out, design lovers are starting to put the classic decorating idea to use again this year, in part thanks to the fact that their cherished tableware isn’t getting the love it used to. And clearly, it’s starting to catch on, if Winfrey and Stewart’s use in their homes is any indication.

It’s a more versatile decorating decision than it may initially seem, too. While you might think that the only options for displaying plates is to hang them in a row on the wall, the stars’ respective spaces prove otherwise.

Winfrey showed off her collection of tableware in a recent post in Instagram, demonstrating her own way of using the practice in her home. In what appeared to be her dining room, the talk show host sat in front of a China cabinet that housed a large set of green, cabbage-themed dishes. To ensure they weren’t simply stacked and hidden away, she utilized plate holders to show off the details of each piece. To provide more visual interest, she also varied the height at which many were displayed.

In contrast, Stewart made use of another traditional route by pairing her 19th-century Wedgwood drabware in clusters on the walls of her dining-room-turned-sitting-room. Placed next to a mirror and some textural wallpaper, the decorating decision added juxtaposition of both shape and material that gave the room an unexpected, but welcome, design detail.

The versatility of decorative plates also lays in their endless aesthetic options. Though both women went with nature-themed dishes in their homes (they are both avid gardeners, after all), the sky is truly the limit if that’s not your vibe. You also don’t have to stick with the classic round shape; choose a mix, or even a bunch of untraditional silhouettes, like crescents, for a fun effect that feels modern and surprising.

Obviously, this trend is never going to die — and now, it’s experiencing a renaissance like never before, meaning there’s no better time to try it than the present. Whether you want to copy Winfrey or Stewart plate by plate or take this look in your own direction, you can start implementing it into your home with the dishes ahead.