It was so good.

By Emma Childs
5.28.2021
Stefanie Keenan/Getty Images for A Sense of Home 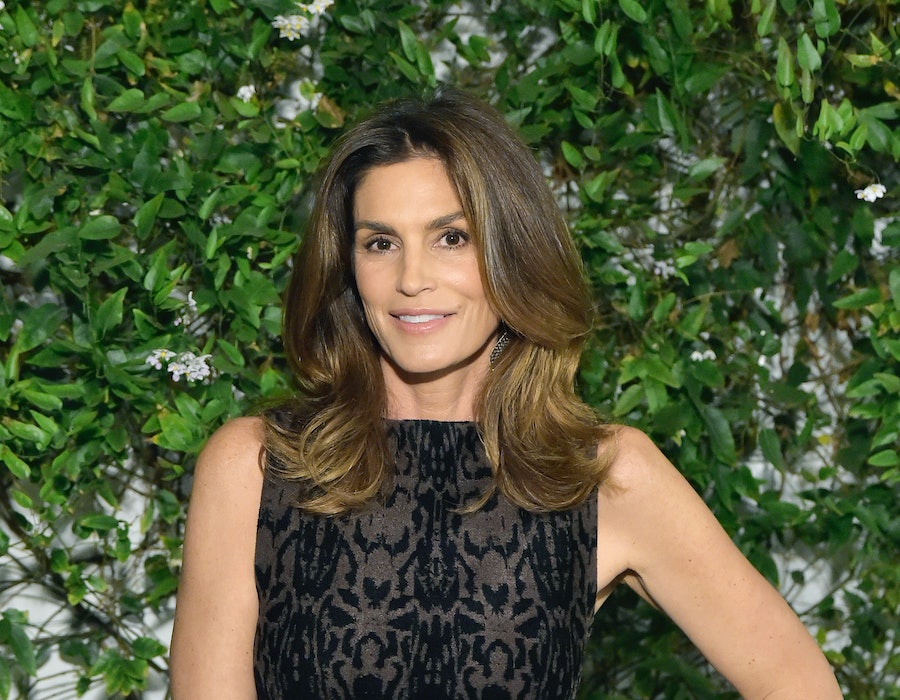 One of the most memorable Friends scene was when Ross Geller (played by David Schwimmer) attempted to shimmy back into his constricting leather pants after using the bathroom while on a date. The episode first ran in 1999 and 22 years later it’s still part of the cultural zeitgeist. So much so that during the show Friends: The Reunion, supermodel Cindy Crawford wore black leather pants — the exact pair that Schwimmer wore in season 5 — as a tribute to Geller’s fashion fiasco.

Erica Cloud, the head stylist for the reunion episode, offered more details on Crawford’s leather recreation when speaking to POPSUGAR. “They are the EXACT Agnès B. pants that Ross wore, and they fit her perfectly! No one else has worn them besides those two icons,” said Cloud. According to Cloud, the supermodel wanted to commit even further to the reference. “She wanted to carry the baby powder and lotion down the runway, but they ended up doing no props in the end,” the head stylist revealed.

In lieu of the props that would have created a “paste pants!” moment, Crawford completed her outfit with a pair of lug sole combat boots and a silk button-down that looked nearly identical to the one Schwimmer wore in the original episode.

Other incredible style recreations from the reunion special included Cara Delevingne wearing the pink, poofy bridesmaids dress Aniston’s character wore in season 2, and Lady Gaga wearing a Phoebe Buffay-inspired cardigan dress by Colin LoCascio. The Friends reunion was filmed on the sitcom’s original stages and marked only the second time that the six cast members — Schwimmer, Jennifer Aniston, Courteney Cox, Lisa Kudrow, Matt LeBlanc, and Matthew Perry — have all been together. The pre-taped episode is available to stream on HBO Max now. And, if you need a memory refresher on the iconic leather pants scene, watch the clip below.

While Crawford wore the sleek bottoms in jest, leather pants are an edgy yet simple staple that is surprisingly easy to wear (well, as long as you’re not Ross Geller, that is). It’s even appropriate for summer, when styled correctly. For formfitting bottoms like the ones Crawford wore, try AGOLDE’s Recycled Leather Pants. Or, opt for a wide-leg silhouette like Bottega Veneta’s High-Rise Flares. For a summery version of the leather look, you can test out the Bermuda shorts trend with cropped faux leather bottoms from Zara. No baby powder or lotion necessary.