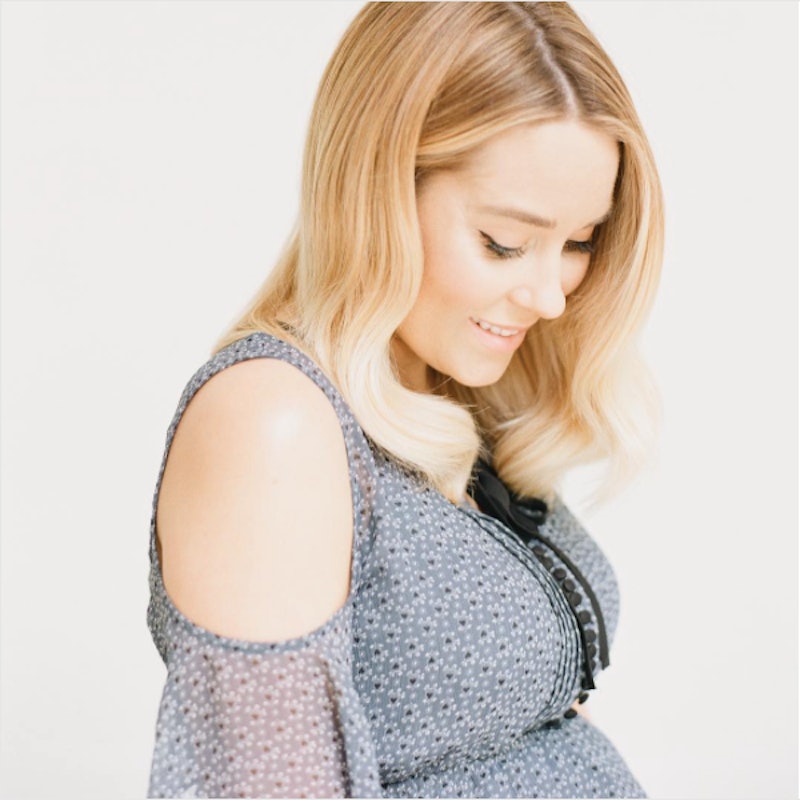 When news broke that Lauren Conrad had given birth to Liam James, we wrote about eagerly anticipating his first photo—other than his sonogram pic, of course. Now, thanks to a People exclusive, we're finally getting what we hoped for: Lauren posed for the magazine's cover with one of the most adorable little men we've ever seen, and better yet, she shares a few tidbits of her life as a mommy.

"He definitely looks like William," she says, comparing her baby boy to husband William Tell, whom she married in September 2014. "But he's still so tiny, it's hard to tell!" (We think he got the best of both worlds.) Lauren adds that not only does she feel no pressure to bounce back from her post-baby body, she's also enjoying every minute as a first-time mother. "I feel so spoiled. Liam is such a good baby," she says. "He's funny to watch—he makes really funny little expressions. I'm already stressing out because I want him to stay this tiny, and I know he won't, so I'm just trying to enjoy how itty-bitty he is."

Although she's only begun motherhood, Lauren reveals that she already knows the kind of parent she wants to be. "I want to be strong and teach him to respect women," she says. "The mother-son relationship is so important." We couldn't agree more.