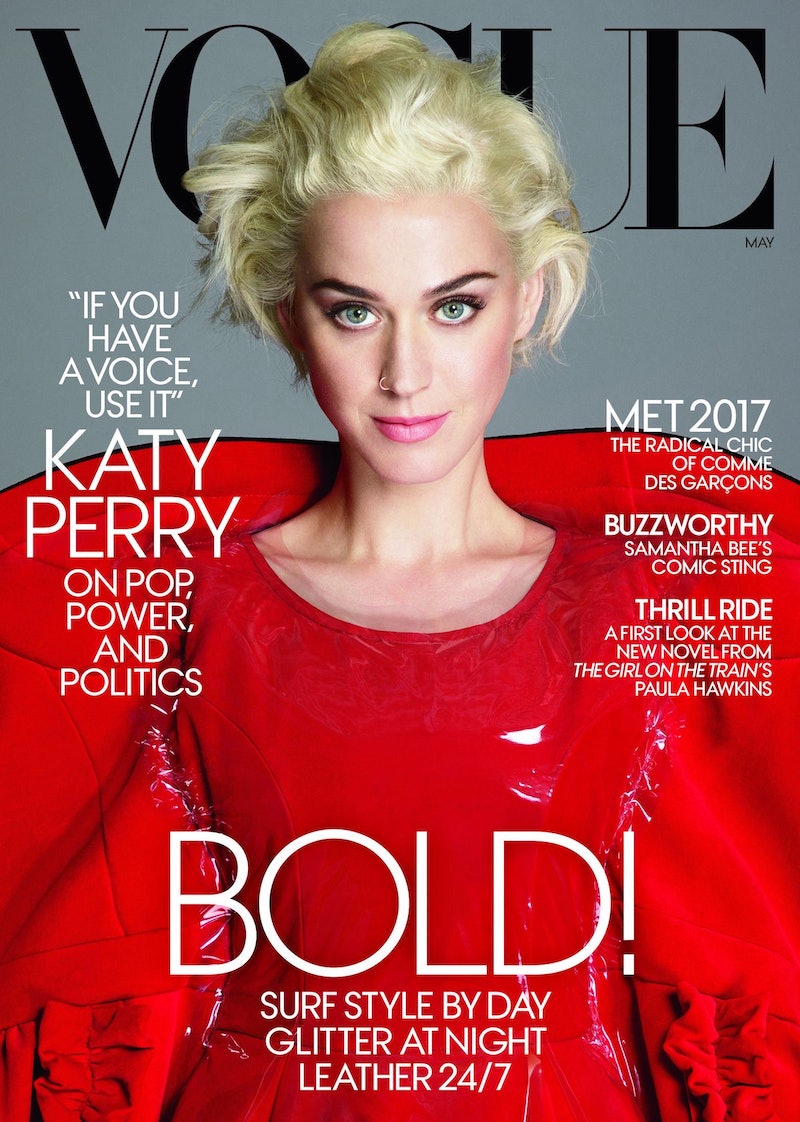 Katy Perry is a pop culture force—she doesn’t shy away from wild trends, her music is insanely addictive and her recently released shoe line is the quirky stuff pop dreams are made of. But don’t let her penchant for whimsy and fun fool you into thinking that’s all she is. In her May 2017 Vogue cover story, she shares about her journey from a conservative Christian upbringing to becoming a political activist.

Katy, in all her ever-changing hair, trend-embracing glory, has become one of the most politically active celebrities. She campaigned for Hillary Clinton in the election, and her single “Chained To The Rhythm” touches on issues like the Flint water crisis to the tune of a bubbly beat—which could be a metaphor for Katy herself.

After the election, she tells Vogue that she was “really disheartened for a while; it brought up a lot of trauma for me,” alluding to her childhood, which she describes as being full of misogyny and sexism. But now, she’s found a silver lining: After the election, there’s been a noticeable increase in young people becoming involved. “I think teenage girls are going to save the world! That age group just seems to be holding people accountable,” she tells Vogue. “They have a really strong voice—and a loud one.”

She also calls on other celebrities to take a stand for what they believe in: “I do believe we need a little escapism, but I think that it can’t all be that. If you have a voice, you have a responsibility to use it now, more than ever,” she says. Clearly, she’s not going to shy away from using hers—which is just why we love her.