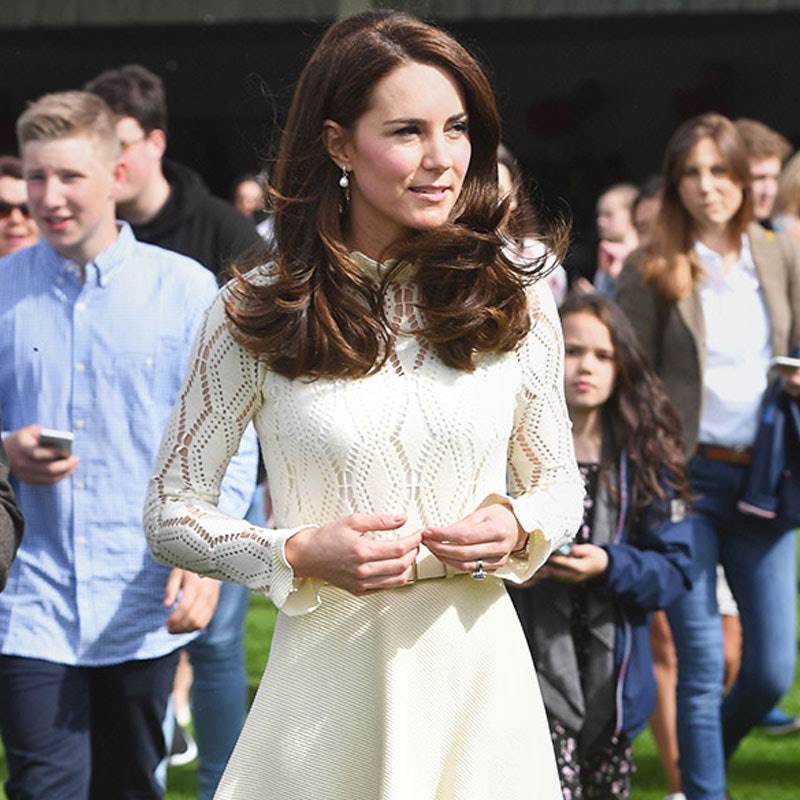 We already thought the royal family of Prince William, Duchess Kate, Prince George and Princess Charlotte were pretty freaking close to perfection, but, as it turns out, the couple has plans to expand even more. And it’s happening a lot sooner than we thought. That’s right, this morning Kensington Palace officially announced via Twitter that Kate is once again expecting a child. Apparently, she was scheduled to attend an event today but was forced to cancel due to the same acute morning sickness she had with her last pregnancies. While we haven’t heard directly from William or Kate since the news broke, Prince Harry has already commented that despite being a bit under the weather, she’s doing “okay” and that he’s “very happy” to become an uncle to a third little one. We’re sending Kate major congratulations (another cutie we get to see her dress adorably!) and hoping she’s on the mend soon.