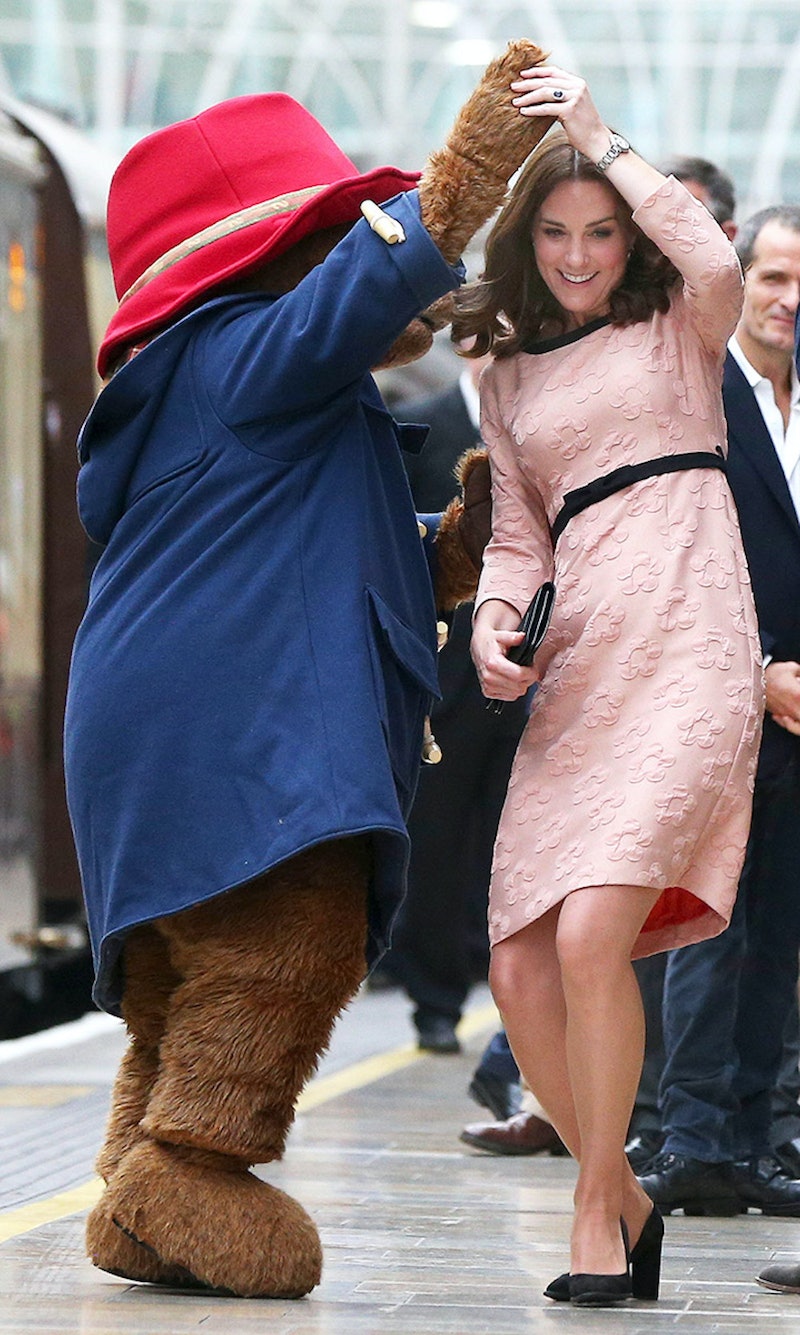 We thought there could be nothing better than a surprise Kate Middleton appearance—until this surprise Kate Middleton appearance featuring one Paddington Bear. Kate, who is pregnant with her third child, has been staying out of the spotlight lately because she’s battling acute morning sickness. But this morning, she joined Prince William and Prince Harry at Paddington Station to support their Charities Forum.

And then the Duchess of Cambridge proceeded to dance with Paddington Bear. (There’s a sentence we never thought we’d type.) And it wasn’t just a little swaying—she twirled and generally looked like she was having the time of her life. She also managed to look not at all ridiculous while dancing with a giant cartoon bear. Actual hero Simon Perry, People‘s royal correspondent, captured the moment on film. Check out Kate’s dance moves below.

Watch: Dancing queen? Kate is taken for a dance by Paddington bear before she waves off a vintage train pic.twitter.com/sfxqwUg089 — Simon Perry (@SPerryPeoplemag) October 16, 2017