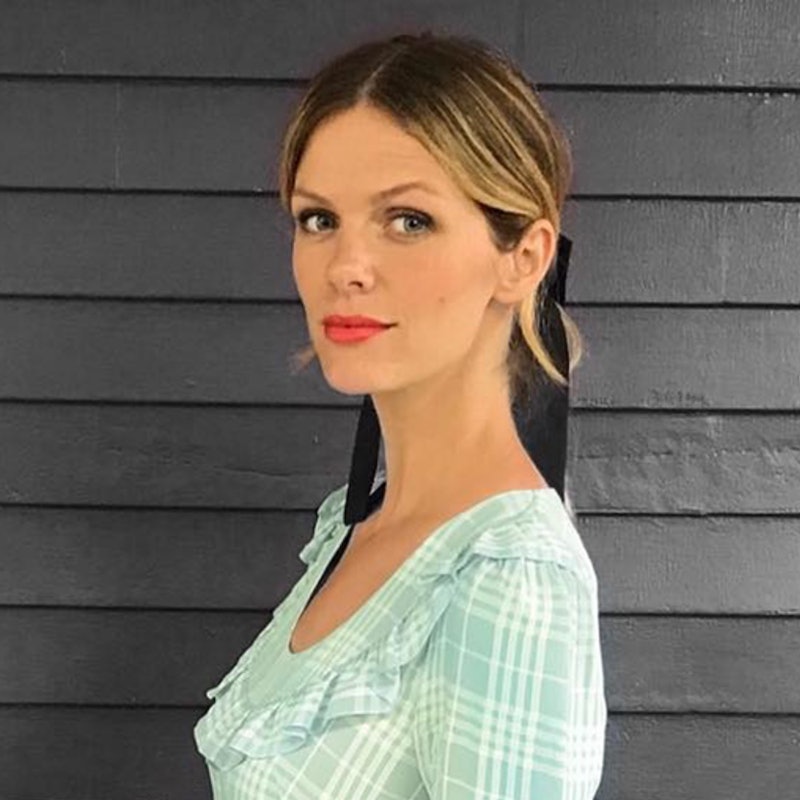 There must be something in the water, because Brooklyn Decker is having a baby! This is the third Hollywood pregnancy announcement this month—Mindy Kaling is reportedly a mommy-to-be and Jessica Alba just revealed number three on Instagram last week. Brooklyn couldn’t have looked chicer when sharing her news—the model and Finery co-founder sent her team a photo of herself wearing a tartan dress and kneeling on a bench with the caption, “HEY GUYS … OUR FINERY TEAM JUST GOT A NEW USER!”

But it was actually her hubby, Andy Roddick, who spilled the beans about baby number two (a girl) while being inducted into the International Tennis Hall of Fame in Newport, Rhode Island. He addressed his wife in his speech, saying, “Brook, I don’t know how you juggle it all. You hear a lot of guys find it very tough to walk away from professional sports, but you are the reason my personal transition into a quasi-everyday life has been gratifying and full.” He went on to reveal the big news: “[Two-year-old son] Hank will someday realize how lucky he is, and our daughter that’s coming will also realize she has the best mother on earth.” How cute is that? We’re so excited for this growing fam!