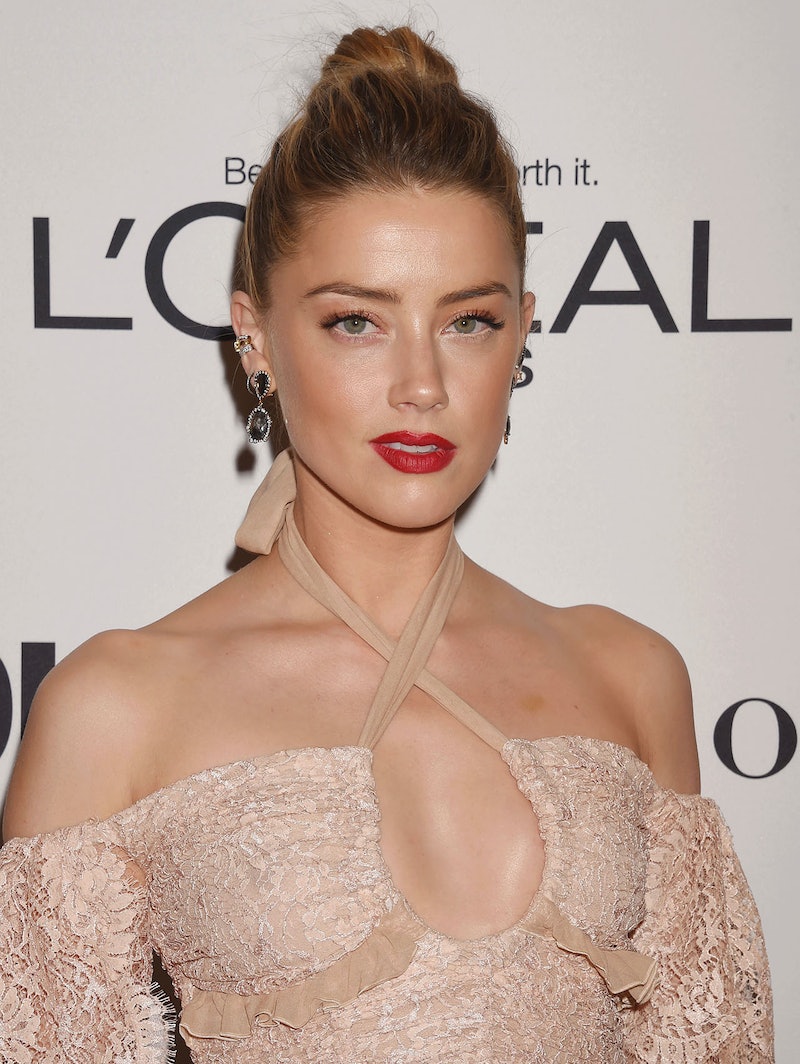 It’s been more than six months since actress and model Amber Heard first filed for divorce from her ex Johnny Depp, shockingly alleging domestic abuse as the cause. And while the road to their settlement was a rough one, with brutal accusations from both sides, the finalization of their divorce in August resulted in a major win for victims of violence, with Heard donating the entire $7M she was awarded to charities including the American Civil Liberties Union’s violence against women efforts. It seems Heard continues to be committed to shining a light on this epidemic, her latest endeavor being a PSA via Amanda de Cadenet’s project Girl Gaze, which shines a light on inspiring female creatives.

In the video, Heard is visibly emotional as she recounts her own experiences with domestic violence — without naming any names — and offers encouragement to those in a similar position. “Telling someone safe is the beginning of choosing yourself,” she explains, adding that her support system was instrumental in helping her get through the difficult time. Watch the whole clip below to see Heard’s full, hopeful message to women. If there’s a silver lining to such a tragedy, we hope it’s more of this transparency and awareness on the topic.