Talk about a transformation. 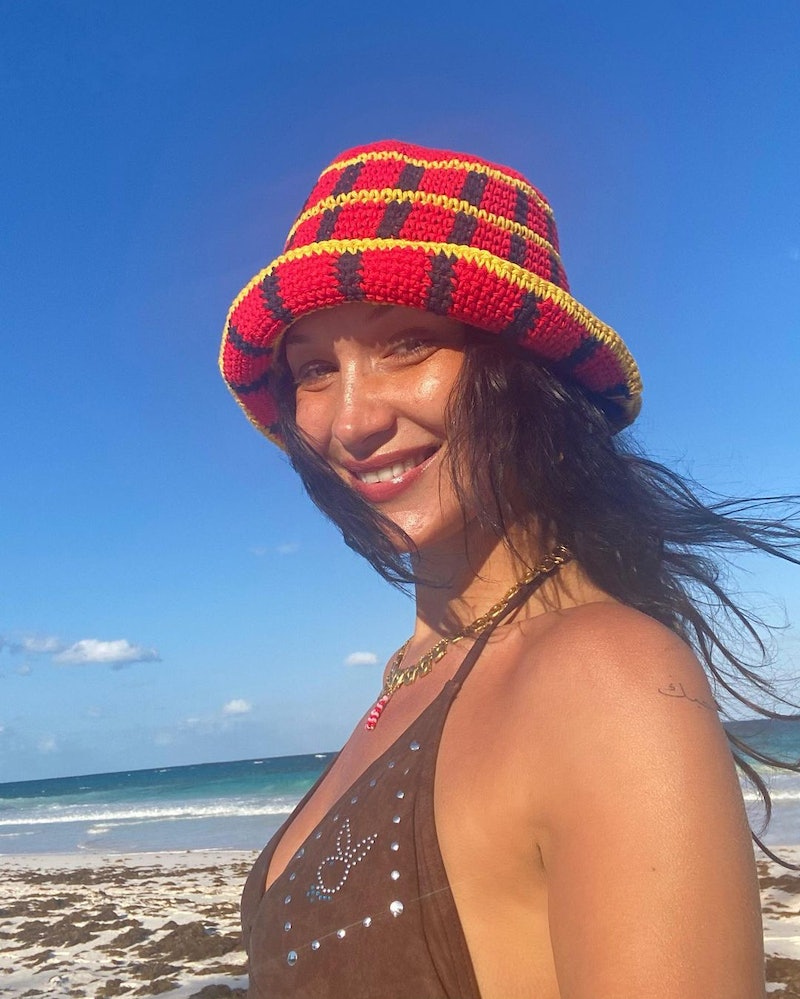 All week, stars have been sharing throwback photos from the Met Gala — aka one of the biggest nights in fashion — which typically always takes place on the first Monday in May. Then on Friday, May 7, Bella Hadid’s Met Gala look from 2020 was revealed via a video on her Instagram, along with the vague caption, “Test.” In it, she’s sporting golden blonde, wavy hair, and blunt bangs. And she’s in full-blown model-posing mode.

Sadly, as you all know, last year’s gala never ended up happening due to the pandemic. As it turns out, the video was from a screen test taken ahead of the event. The Dior model's makeup artist, Sam Visser, shared several screenshotted images from the video on his Instagram last May, along with the caption: “WHAT WOULD’VE BEEN...MET 2020 SCREEN TEST.”

Additionally, the Los Angeles-based makeup artist shared some follow-up images of the supermodel sporting a similar look, just with slightly different hair and makeup. For instance, in the second set of photos, her hair is worn straight and her bangs are decidedly less blunt — that, and she’s wearing more of a true nude lip and a touch of eyeliner. “BLAST OFF MET 2020 SCREEN TEST,” reads the caption. To echo Vissser’s sentiments, oh, what could have been, folks.

The good news is the Met Gala will be happening this year — albeit you’ll have to wait until fall to see what Hadid wears this time around. The famed event is set to take place on Monday, Sepember 13, and the theme is focused on all things American fashion. Suffice it to say, it should be very interesting to see all of the different interpretations that stars come up with. Hadid included, of course.

Some will remember that the model rocked a super-sleek pixie cut wig to the 2019 Met Gala, while in 2018, she opted for an elaborate updo featuring jeweled barrettes. Hadid posted a series of snapshots from past galas on her grid this week, along with a caption about how she can’t wait for the next one.

All this to say: Go ahead and mark your calendars now so you don’t forget to tune in to one of the biggest nights in fashion. Knowing Bels, she’ll bring her A-game, as per usual.