The star ditched her super-long hair in favor of a short new lob. 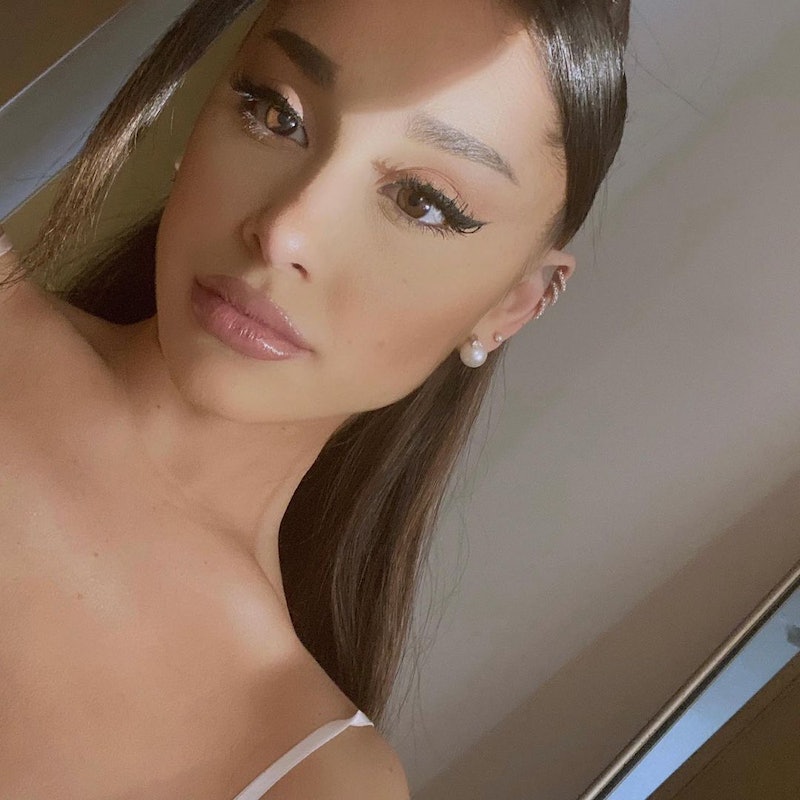 Well, folks, it appears that short hair is officially trending for summer 2021. Case in point: Ciara just revealed a new platinum blonde bob this week, and now, lo and behold, your girl Ariana Grande has a lob, too. That’s right, it’s not a drill. The “God Is a Woman” singer seems to have ditched her signature waist-length locks for a long bob that falls just above her collarbone. Naturally, the look was revealed via Grande’s Instagram. In a short video clip that’s since been taken down, the pop star showed off her short hair while wearing a fuzzy orange bucket hat — because, well, why not?

Of course, it’s unclear why the 28-year-old “Thank U, Next” singer removed the post from her grid, but well, the proof lies in the screenshots, which are currently circulating all over social media. That being said, it’s definitely worth pointing out that the video featuring Grande’s short hair could have very well been from a while ago. For instance, many will remember that the star was rocking a long bob back in 2018, though it wasn’t long before she went back to her signature Rapunzel-style length (which she almost always wears up in a high ponytail).

It’s also worth noting that Grande’s longtime hairstylist, Josh Liu, hasn’t shared any new photos of the singer with short hair. The last time Liu did so was in the summer of 2019, when he revealed a stunning snapshot of Grande wearing her natural curls just above her shoulders. Some will also remember the adorable video she shared on Twitter, too, in which she’s wearing her hair short and curly in a cute half-up style.

Naturally, only time will tell if Grande did in fact really cut her hair short — or if she was simply taking a break from wearing extensions and felt like sharing with her fans.