And she’s bringing other female entrepreneurs along with her. 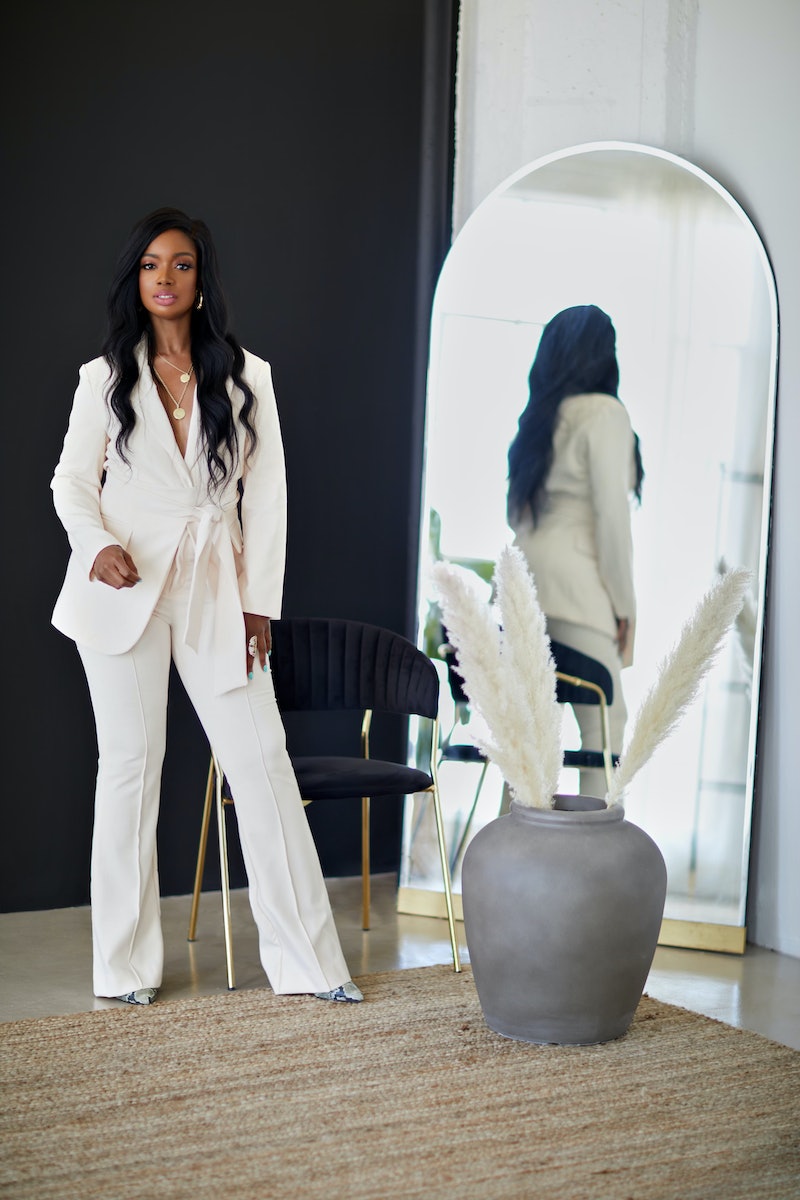 Five minutes into a call with serial entrepreneur, philanthropist, author, PR guru, and venture capitalist Arian Simone, it becomes clear that this woman loves life. Pure joy radiates from her voice when she talks about writing in her gratitude journal and taking time to savor every moment. “Today I got so excited over seeing this blue bird. It was so bright,” she says, describing a nature walk she took the day she spoke to TZR. “I have such an appreciation for everything in the universe.”

Simone laughs easily and heartily, but when it comes to investing, she means business. In the blink of an eye she can go from chatting about her lifelong love of beauty, and her days of modeling for Saks Fifth Avenue as a child, to talking about cap tables, run rates, and ARR. She is shrewd and dynamic, fun and fierce, successful and relatable. It’s this powerful mix, combined with her 17 years as a CEO, that makes Simone so suited to her role as co-founder of Fearless Fund and the spotlight that comes along with being a pioneer. Fearless Fund is the first Black female led venture capitalist fund investing in women of color entrepreneurs at the pre-seed, seed level, or series A funding stage of their venture.

Women of color are the most entrepreneurial demographic and the least funded. Minority women account for 89% of new businesses opened every day, but less than one percent receive funding. “It's going to take a lot of intentionality and structural change for those numbers to move,” says Simone. That’s where Fearless Fund comes in. Created with her business partner Keisha Knight Pulliam in 2019, Fearless Fund’s mission is to level the financial playing field and help close the educational gap that keeps WOC founders from getting the resources they need to scale their companies.

Like many other industries, the venture capital world — which is about 70 percent white and male — is examining its lack of diversity in light of national conversations about race, but it’s going to take time before the landscape becomes as inclusive as it should be. “A racial reckoning took place in 2020, but barriers, like the lack of access to capital, education, and networks, still exist,” Simone says. Good thing she’s not one to let obstacles get in her way.

Simone grew up in Detroit and inherited her entrepreneurial spirit from her father, a lawyer and business consultant who also wrote books and plays. When Simone was 10-years-old, she told her dad that she wanted to be a dancer. He suggested that she open her own dance studio instead. “He explained that it would still feed my passion, but I could make more money. I never forgot that,” says Simone. She immediately channeled her dad’s advice into action. “I was always selling things to my grandparents and my mother’s friends,” she says. In high school, Simone became a Mary Kay rep, and during college, she opened her own boutique at the mall.

In 2003, Simone graduated with her MBA from Florida A&M University and moved to LA for a job in fashion. Her future looked bright, but things didn’t go as planned. “I was working for Nelly's Apple Bottoms at the time. The company got sold, and I literally ran out of money. I went from living in my apartment to my car,” Simone says. At the same time, her parents were going through a difficult and costly divorce in Detroit. Simone decided it was best to stay put and figure a way out of her situation on her own. In 2004, she did just that and launched a PR and marketing company that ultimately landed heavyweight entertainment clients such as Sony Pictures, Universal Pictures, and Disney Pictures. Simone credits her ability to weather the storm to her strong Christian faith and belief in herself. “My confidence walks me in doors, keeps me at the table, and opens up great opportunities.”

After 15 years in the PR business, Simone decided to revisit a vow she had made to herself back when she was running her retail shop at the mall. “That was my first time pitching to investors for capital. I didn't like the experience because there was nobody who looked like me that I could pitch. Right before the store opening, my mom told me, ‘Don't you worry because one day you're going to be the business investor that you were looking for.’ I'm literally living in that promise today,” says Simone.

Backed by institutions such as PayPal, Bank of America, and Costco, the $25 million dollar Fearless Fund currently invests in consumer packaged goods, food and beverage, and tech. It also boasts a growing roster of beauty brands including AMP Beauty LA , Hairbrella, and Range Beauty. But Fearless Fund’s support goes beyond money. To offset the Old Boys Club landscape that keeps outsiders from gaining important knowledge, the fund offers a program called Get Venture Ready. The year-long mentoring and training course teaches WOC founders exactly what they need to do before presenting to VCs.

Simone is looking forward to growing Fearless Fund’s portfolio in the coming years, and hopes the attention that her VC fund gets will inspire others to get into the game. “The problem isn’t just the lack of investment. We have to diversify the investors in order for things to change,” she says. “In the words of our Madam Vice President, we may be the first, but we definitely don't plan on being the last.”

This article was originally published on 4.16.2021