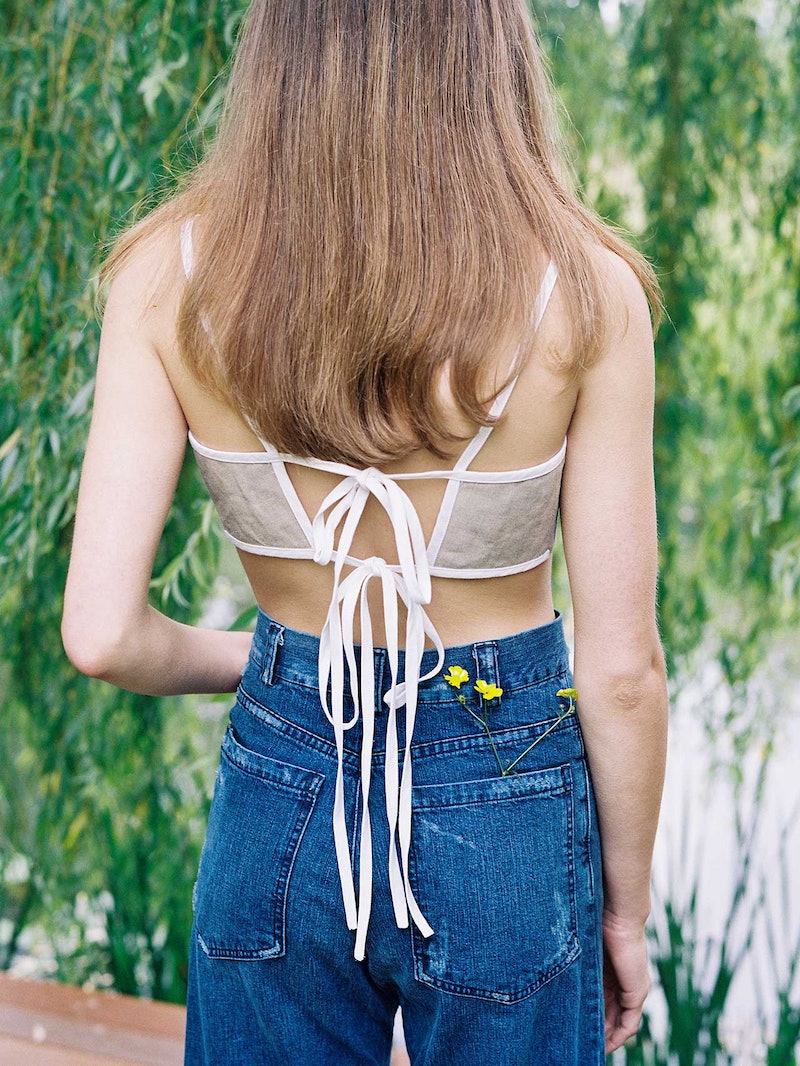 Let me start this by reiterating what you might’ve already gathered from the title of this piece: I’m a certified pale person. The kind of pale you’d expect from someone with Nordic roots—blonde hair, light eyebrows and a propensity towards blushing and flushing at random. “Very fair” describes me well.

So it’s unfortunate that as far back into my adolescence as I can remember, I’ve been obsessed with the idea of being tan. Maybe it stems from that place of always wanting what you don’t have, but for the better part of my life it’s been a source of insecurity. In middle school, my friends would come back from spring break with beautiful olive tans and I’d remain my usual shade of peaches 'n' cream, which looked even paler set against their new bronze coats. As you can imagine, I did not participate in the inevitable post-vacation “arm test” where my peers compared their tans.

My emotions each spring ranged from that of a vain, preteen victim (“Why me? Why!?”) to an impassioned go-getter (“What can I do to reverse this curse?”) and tired of tying my arms behind my back during the annual show-and-tell, I distinctly recall asking my parents for permission to buy sunless tanner.

Skeptical but obliging—they were undoubtedly glad I wasn’t trying to bake myself in a tanning bed instead, which was popular in my native state of Indiana—they took me to our local Walgreens where I picked out a generic brand of a spray-on formula that promised to make me two to three shades darker. Hallelujah! The results were mediocre at best—as in streaky and orange, but technically still left me more “bronze” than when I began—but the experience nonetheless sparked a love affair with the stuff that would last a decade.

All through high school and college, I slathered it on as a bedtime ritual, my virgin skin rarely seeing the light of day (and my sheets perpetually discolored because of it). For every major event (proms, formals, etc.), I’d get a spray tan that left me a high-octane, unnatural shade of orange, one that I’d fight tooth and nail to preserve. I'm hoping I'm not the only one who went through this often-confusing time of young adulthood fussing over such trivial matters, but I was just trying to keep up with what everyone around me was affirming as "beautiful."

Then somewhere along the way, once I entered the post-grad phase of my life, I just got tired of it. Tired of having to take an arduous extra step to feel pretty, tired of feeling insecure without it and tired of comparing myself to the bronzed, leggy models that advertised the products I used. Looking like that was just not gonna happen.

The older and more mature I got, I became annoyed for falling victim to the marketing ploys. I felt excluded from a part of what was being touted as a feminine ideal (for white women, at least), and I couldn’t accept it. So I spent a sizable amount of time and money changing myself to fit that mold. When I started to fully internalize the implications of my subservience, I realized how ridiculous it was that I would feel even a sliver of shame in being pale.

Fortunately these days, it seems to be increasingly “in” to embrace fair skin (or maybe it always has been, and I was trapped in a cloudy, insecure haze for way too long) due in large part to the sun safety movement, not to mention a general cultural gravitation towards breaking the mold and shaking things up. This has made it easier to feel confident in my revelation, and is one small piece of evidence in how the bubble has burst on a standardized, singular definition of beauty. (That, of course, merits a different and much larger conversation in itself.)

Admittedly, it’s still a process—while in the winter months I generally opt out of any self-tan products, the spring and summer prove more tempting territory. (The thought of being in a bikini mid-July surrounded by my melanin-blessed peers is legitimately anxiety-inducing. I know it sounds horribly vain, but I'd be lying if I said I felt otherwise.) I do still use more subtle bronzing products—I’m a big fan of Xen-Tan’s Transformation Ultra gel, which you can leave on for an hour then rinse off for a realistic boost of color—but I don’t feel I need that cosmetic armor on me as I once did.

I’ve finally accepted I’ll never be a tan goddess like the models in those ads—but I can still be a goddess in my own right, and a pale one at that.