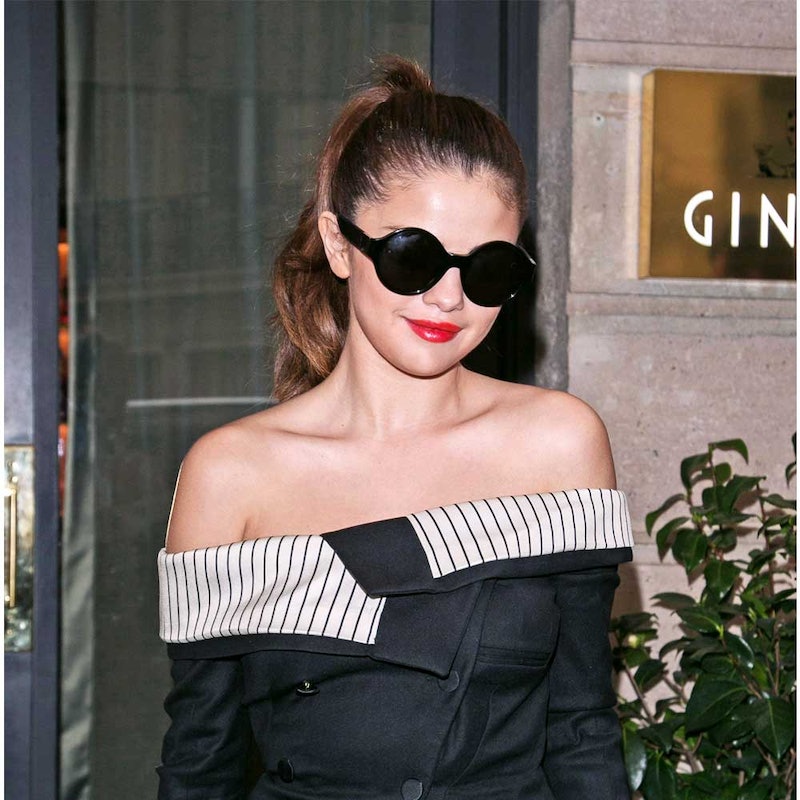 Selena Gomez proves again and again that she’s unstoppable in the beauty department. Throughout her current Revival world tour, she’s experimented with highlights, bangs and most recently a shoulder-length cut.

But when it comes to makeup, the singer has stuck with her signature smoky-eye, bold-eyeliner combo—until now, that is. For her two shows in Tokyo (today and tomorrow), she’s testing out something new. On Snapchat, Selena reveals she’s switching up her look from tried-and-true charcoal shadow to red. It could be a tribute to the Japanese flag, but we’re hoping she keeps it going for more than these two performances.

Makeup artist Melissa Murdick, who’s been traveling with Selena to create her bold looks for the stage, hasn’t ditched her trusty black eyeliner however, keeping it in the mix to smudge some intensity across the waterline.

It’s important to note that red shadow does have a history of causing skin and eye irritation. It can contain an ingredient called carmine, a pigment derived from insects, often found in red-colored foods and cosmetics.

So before you try Selena’s fiery look for yourself, take precaution and do a patch test of red shadow on another part of your skin.