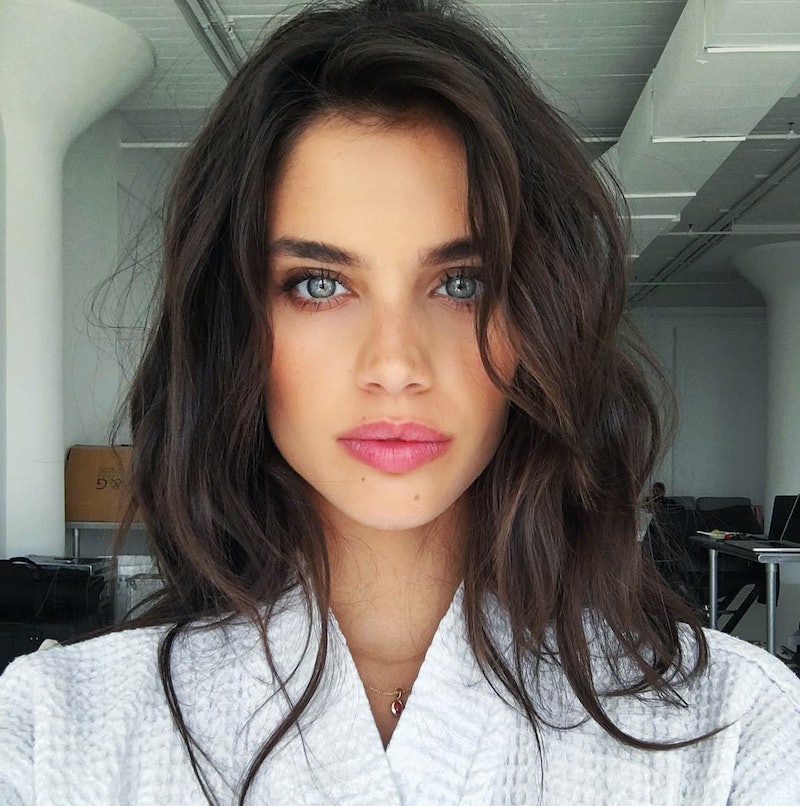 As people who aren’t supermodels, the last thing we have to worry about is prepping for millions to watch us strut our stuff down the Victoria’s Secret runway. We can only imagine the hours of primping that go into such a spectacular event. Well, imagine no further. Portuguese beauty Sara Sampaio, who headed to Shanghai along with a sea of other models, is giving us a glimpse at some tips for pulling off that signature “no-makeup makeup” look of a VS Angel. When she let cameras behind the scenes to film her everyday routine, we noticed a trick that we’re trying ASAP.

Rather than going through the fuss of drawing out a face map, Sara applies a dark pigment to her cheekbones using her fingertips. (In the beginning of the video, she admits to not being a huge fan of makeup brushes, because of course she’s left to clean them—honestly, same.) The warmth of your fingertips allows products to blend evenly, which is great when you’re in a hurry. After she dabs it all to perfection, she dusts some bronzing powder on top and is left with a subtle, healthy glow. Take a look at her foolproof contouring method below.