I treated both my face and body to see if the popular treatment actually works. 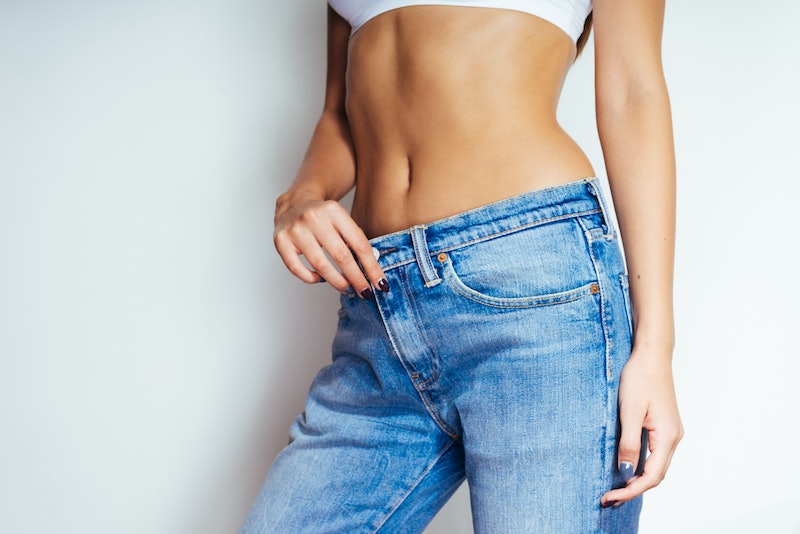 A few months into quarantine last year, I decided that I'd get back in shape. I worked at it and by the end of 2020, I was down 40 pounds, eating better, working out consistently (for the first time in my life), and overall felt like a brand-new person. And while I was loving what I was seeing in the mirror, I couldn't help but to be annoyed by certain pockets of fat that simply wouldn't go away, no matter how hard I worked. It made me wonder, is CoolSculpting worth it? I figured I'd try the minimally invasive route in an effort to tone up my stomach and area under my chin. I'm overjoyed I did, and here's why.

To be frank, I didn't know a whole lot about the procedure ahead of doing it. However, between the slew of before-and-afters I'd saved, paired with extensive research of RealSelf reviews, I knew enough to want to do it. "CoolSculpting is a treatment that is based on very solid science," Dr. David P. Rapaport, founder of Coolspa tells TZR. "It was developed by a brilliant Harvard professor named Rox Anderson who observed old publications of children that would eat popsicles all day. Some of those kids would end up in the emergency room, crying because their cheeks hurt." Dr. Rapaport says that when they looked at these kids with tender cheeks, they found that the fat in the cheeks was actually dying. "It's called cold panniculitis," Dr. Rapaport says. "The cheek was being exposed to that cold for hours on end killing fat cells. That's how CoolSculpting was born."

Now no, CoolSculpting doesn't include laying on a bed of popsicles, but it does involve lots of freezing. The process looks a little like this: Suction applicators are placed on the desired areas of the body. For me, that included my chin, lower abdomen, flanks, and bra area. Two applicators are required per treated area to target both sides evenly. Once adhered, a period of freezing occurs, lasting 30 to 45 minutes. Soon as the applicators are released, an intense two-minute massage immediately follows. That massage, which I can best describe as a "defrosting" feeling, is surely not the most comfortable thing I've ever endured. "The treatment itself is quite tolerable," Dr. Rapaport says. "At least to most people. However, those two minutes where they massage your frozen tissues can hurt quite a bit for many." It's suggested that you eat before your CoolSculpting treatment as to avoid possible fainting during the massage. Yes, it's that intense.

During my research, there weren't many accounts of experiencing CoolSculpting along the jawline, but that didn't stop me from treating that area, too. I came to find that the process is vastly similar to what happens with the body. "When it comes to CoolSculpting under the chin (the sub-mental area), we use a specific applicator that was designed for treatment in this area," Josie Holmes, esthetician at Skinney Medspa says. "The CoolSculpting Mini applicator was created to effectively treat and capture small bulges of subcutaneous tissue." To be a candidate for CoolSculpting, clients should have soft, pinch-able tissue. "If you can squeeze it, we can freeze it," Holmes says.

Just like with my body, applicators were placed on each side of my face. I kicked back, watched some Netflix, and an hour and a half later (one applicator was done at a time) I was left with a bright-red chin and jawline. I'd hoped that maybe the massage could be skipped with the CoolSculpting Mini, but I was sadly mistaken. After defrosting, I was sent on my way, eager to see my results.

My levels of discomfort post-treatment varied greatly with the CoolSculpting Mini versus the traditional CoolSculpting. "After treatment, clients can expect some tenderness in the area," Holmes says. "In addition, there will be a topical numbness that can last one to two weeks." With my chin, I experienced slight discomfort lasting about 24 hours, and was relieved to find that there was little to no swelling. My stomach area, particularly after my first treatment, was another story. For about two days following, I had excruciating pain and swelling and found it hard to do even the most basic activities. For another 10 days, I wore tight compression garments as my stomach was tender to touch and the numbness was tremendously uncomfortable. I slept on my back for two weeks so as to not further exacerbate the pain. By the time my second treatment came around — due to the amass of fat cells in my abdomen, we determined another treatment would be beneficial — I was prepared for more pain. However, it was mild.

So what was different? Well, aside from maybe my fat cells being better prepared due to the first treatment, CoolSculpting recently unveiled a new model called the CoolSculpting Elite, with more sophisticated technology. Unlike the previous applicators, the newest applicators are more hollow, allowing for better gripping of the fat. And while one would assume that it would result in more pain, it was the opposite in my case.

CoolSculpting Elite is basically the newest generation of Coolsculpting, with the latest applicators having the ability to target twice the amount of fat in the same amount of time as compared to using one traditional CoolSculpting applicator. In addition, the Elite applicators have a whopping seven different shapes and sizes, which means that you can treat any area imaginable. I was able to experience both a traditional and Elite experience and can honestly say, I saw the greatest results after trying the newest applicators at Coolspa, which, is currently the only facility in New York City to carry the CoolSculpting Elite.

Unlike liposuction, the results of CoolSculpting aren't immediate. So be prepared to practice patience. "With one treatment, clients can expect to see a 20% to 25% reduction in tissue in the area treated," Holmes says. "After treatment, clients can expect to begin to see results after 30 days." However, optimal treatment results will show in about 90 days, and can continue for up to four months. "As this treatment is non-invasive and utilizes cryolipolysis to freeze, crystalize, and kill fat cells through apoptosis, the body takes some time to naturally flush out those fat cells," Holmes says.

However, there are things that one can do to speed up the process, at least a little. Following my first abdomen appointment at Coolspa, the estheticians suggested a specialized body cream to aid in the firming of the treated areas. I applied twice a day, and by week four I began to see results. With my chin however, I began to see results even sooner. "I always recommend my clients to assist their body in getting results by drinking lots of water and increasing sweating," Holmes says. "This helps the body to flush out the killed fat cells through the lymphatic and endocrine systems."

Now, 10 weeks after my second abdomen treatment, and almost four months after my chin treatment, I'm more than satisfied with my results. Yes, there was a little pain involved, and yes, that massage is a killer, but my body — and face — have made such a transformation, and I know I couldn't have achieved it through just physical fitness and an adjusted diet alone. I'm so crazy about CoolSculpting, in fact, that I joke with my friends that if I could treat my entire body, I would. And I mean that.