Glowy skin at its finest. 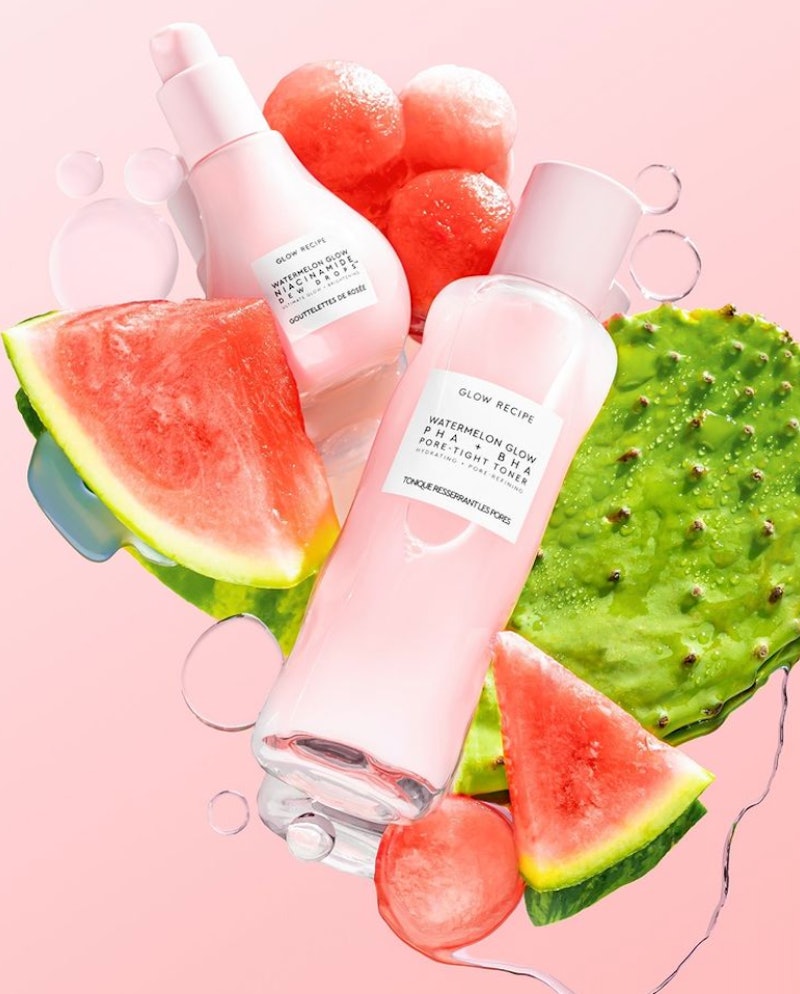 Glowy skin, it turns out, is not going anywhere. It's a pandemic-proof trend that not only helps you look more alive on Zoom, but as it turns out, can inspire masses of people to buy products. Case in point: Two of Glow Recipe's cult-favorite watermelon products just blew up on TikTok (and on the brand's website) after a video surfaced demonstrating the real radiance that can come from using them. In fact, the viral post in question garnered some 11.7 million views and 2.5 million likes.

The frenzy started after TikTokker Mikayla Nogueira featured a video where she followed, step by step, suggestions laid out by user @Glamzillaxo in a previous post on how to get a natural glow (as well as an excellent base for face makeup). "I want that — she has the most incredible skin," Nogueira says of Glamzillaxo. "I’m gonna use exactly what she used and see if I can achieve that level of awesomeness.”

So, what exactly is this magical (and fast) skin prep routine? First, Nogueira used a generous amount of the Glow Recipe Watermelon Glow PHA +BHA Pore-Tight Toner, saying, "This is actually a pore-tightening and pore-refining hydrating toner…she freaking slathers this sh*t.” Following Glamzilla's lead, the TikTok user followed it with the Glow Recipe Watermelon Glow Niacinamide Dew Drops, saying, "Around three pumps of that…oh my god, we’re getting somewhere." She finishes the routine with her own addition of the Innisfree Jeju Cherry Blossom Dewy Glow Jelly Cream, which she describes as a "clear jelly."

Nogueira was immediately impressed and captioned her video, "I WILL BE DOING THIS FOR THE REST OF MY LIFE." After she applied the final step she exclaimed, "I sh*t you not, that was the best foundation application I’ve ever had in my life."

As it turns out, just four days after Nogueira's post, Glow Recipe's sales exploded. The brand saw more than a 600% spike in daily sales after the video, and the site's purchases were higher than those generated during Black Friday. Wow.

Want to see what all the buzz is about? Shop the exact products that everyone is talking about below: