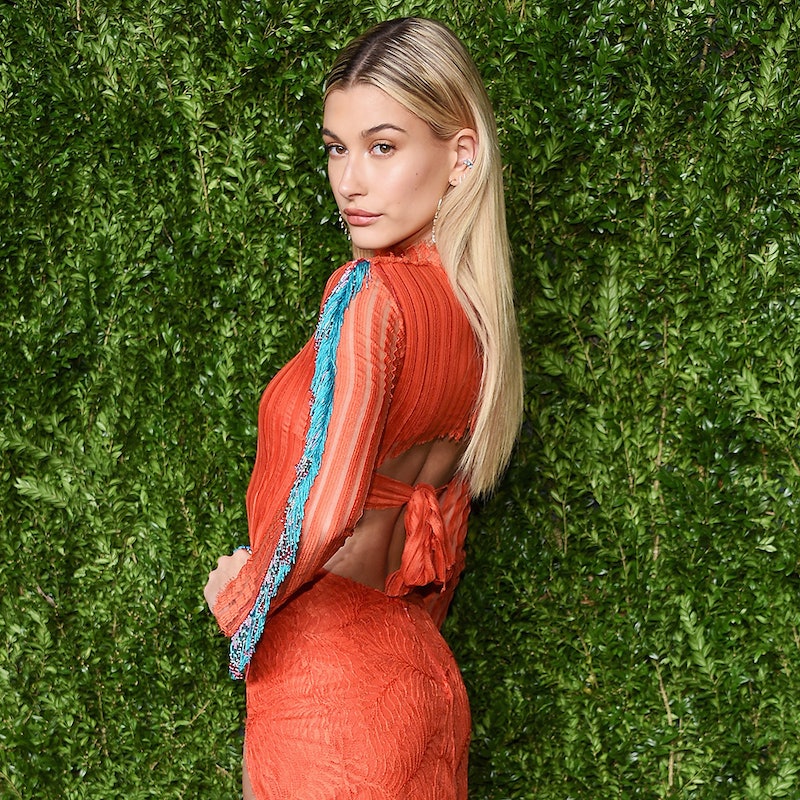 Curly hair, pink hair, thigh-high boots: there doesn’t seem to be much that the gorgeous Hailey Baldwin can’t pull off. That said, her latest beauty accoutrement has left a few followers scratching their heads. Friday, the blonde beauty took to Instagram to share a pic of some new sparkle in her smile—two diamonds attached to her teeth to be specific. But Hailey’s not the first celebrity to adorn her pearly whites; Katy Perry, Pink, and Halsey have all flashed tooth gems, a style we first saw back in the 90s. The jewels are actually rather simply applied with adhesive by a dentist, much the same way brackets for braces are stuck on, which also means they’re removable (by a professional, of course) without causing damage. Whether you love or hate the trend, you can’t argue with the logic in Hailey’s caption, “because why not.” After all, she’s only 20 and trying out looks you might later regret is one of the rites of passage of being young (that and eating all the carbs), which is why we’re saying, you do you girl.