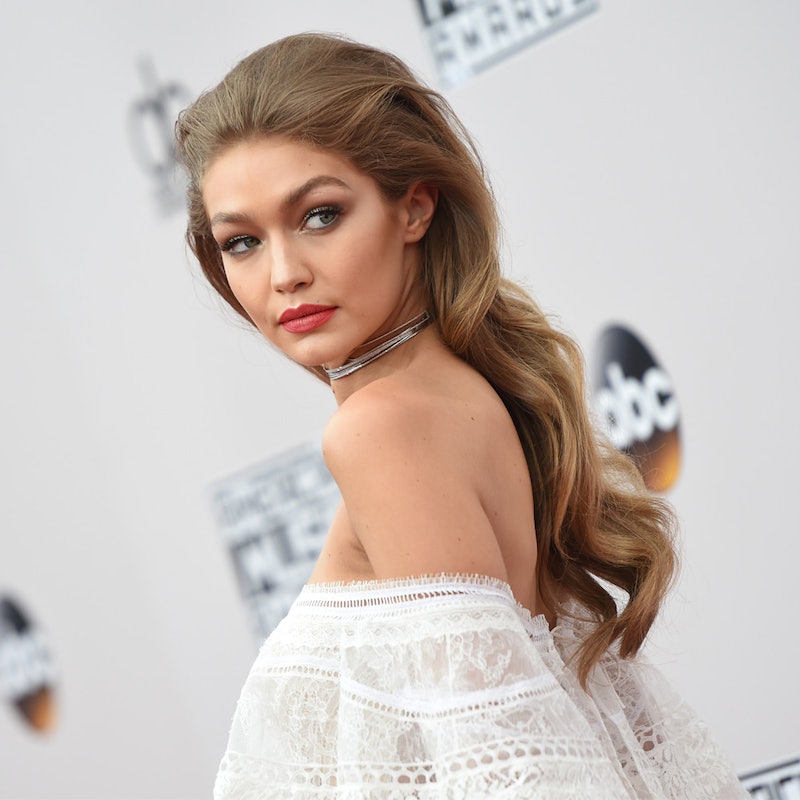 Homepage image: Getty Images If you were scrolling the ‘gram in the wee hours of this morning, you may have practically spit out your coffee in shock and amazement of the new chop Gigi Hadid sported in a selfie. Fashion’s favorite blonde bombshell showed off a decidedly androgynous, slicked-back coiffure with bleached-out roots and—to be honest—we were totally into seeing our girl in an edgier light. Having originally captioned the pic with three scissor emojis, Gigi sent fans (with mixed feelings) into a frenzy at the thought that she’d undergone such a dramatic hair transformation. But alas, a little later the model herself hit up her own comment section to fess up to the fact that she was pranking us for April Fools’ Day. But at least now we know she’d look super fierce should she ever swap her golden locks for a Linda Evangelista-esque look. You’ve got our support, girl.