The wellness brand encourages people to revert back to their natural roots. 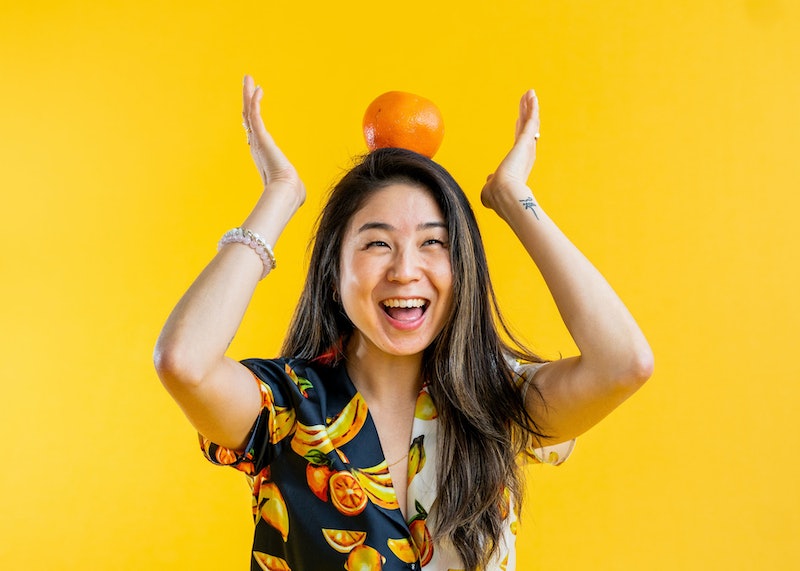 Shizu Okusa, founder of herbal-based wellness brand Apothékary, talks about climbing Mount Kiliminjaro as if it was another trip to Trader Joe’s. “Have you done it?” she asks me in a genuinely curious tone. Hailing at 19,500 feet, the treacherous hike to the majestic mountain’s peak is only successfully accomplished by half the adventurers who dare try it. In 2012, Okusa was inducted into the club of mega-humans. But, aside from bragging rights, the Japanese-American learned an important lesson that would fuel her latest venture.

“Pole, Pole (pronounced, pol-ee polee),” Okusa's guide would repeat on their ascension, is the Swahili phrase that means “slowly” and is an important piece of advice for trekkers. On Okusa's trip, she witnessed two young boys being carried down after rushing up the mountain. Their bodies were unable to adapt to the needed oxygen levels and they had to withdraw from their journey due to altitude sickness. “I thought this was the perfect metaphor for building a business,” she says. “You don’t need to go as fast as everyone makes it seem, because you might come down on a crutch.”

Founded in 2019, Apothékary is an herbal-based online business that does more than enhance one’s lifestyle: It bridges the long contrasted Eastern and Western worlds together in small bottles of health. Combining techniques of ancient healing systems such as Ayurveda, traditional Chinese Medicine, Japanese Kampo, and Western Herbalism, Okusa encourages consumers to revert back to Mother Nature to cure the woes of everyday ailments.

Being born in Canada and then later moving to America, the wellness entrepreneur noticed the heavy reliance on over-the-counter pills used in the Western world. In a desire to combat the side effects, Okusa was influenced by her Eastern heritage to create a wellness product that is more natural and less harmful. Say you’re thinking about taking a step back from coffee but still need a boost of energy in the morning. Just a teaspoon of Apothékary’s “Slay All Day” herbal blend does just the job by using natural ingredients like matcha, chlorella, ginseng, and organic pea protein. And it doesn’t stop there. The brand offers options to help with focus, sleeping, and even boosting collagen levels in your skin — all through organic blends featuring ingredients sourced ethically and responsibly from around the world.

So, why ditch the quick fixes for natural remedies? “Natural is simply better,” Okusa says. The drawbacks of taking too many over-the-counter pills and medicines are vast. Side effects can be increased and the positive results can be minimized over time. The common headache is said to be better treated with magnesium glycinate as ibuprofen, aspirin, and other nonsteroidal anti-inflammatory drugs can lead to kidney damage. And while some may reach for the Tums to cure heart burn, sipping apple cider vinegar is proven to ease the issue while benefitting your body in other ways like keeping blood sugar low. Okusa believes that people are unaware of the benefits of solutions found in nature. "People haven’t bought into it because people weren’t able to understand it," she says. “But these practices have existed for over 5,000 years and prove themselves to be effective.”

This cross-pollination of cultural worlds comes naturally to someone like Okusa. She is the daughter of Japanese descendants who implemented the reliance on natural ingredients early on. “There were never bottles of Tylenol or pills. Just hot stones and dark [herbal] drinks," she says. And, perhaps, this familial closeness to the Earth is something that resembles the strict order of the British Monarchy: constant practices, passed down by generation to generation.

Okusa's mother is a potter and evidently has a close relationship with the Earth as her hands are constantly mending, transforming, and working with clay. Her father, on the other hand, is a farmer. His work consists of ensuring that the planet’s resources, including bees and chickens, are consumed and replenished properly. Her parents' gravitational pull to the natural world follows Okusa to this day, as one of her favorite activities in her San Francisco home is forest bathing. Called Shirin Yoku in Japanese, this practice entails immersing oneself in forests and is known to relieve stress.

But, Okusa's life wasn’t always filled with lush greenery and well-being. In fact, quite the opposite. In 2009, she left her hometown in Vancouver to embark on a new territory: the seemingly concrete arena of the Goldman Sachs trading floor in New York City. During her three years there, Okusa worked in trading investments, distressed equities, and bonds. “As you could imagine, it sounds dark and gloomy.” And, after three years, she was hit with an epiphany. “I knew that I wasn’t destined to do this and I wanted to separate myself completely from the Western World.”

And so she did. Leaving her finance job, Okusa packed her bags and first headed to Mozambique. There, she consulted with numerous smaller businesses, including a banana farm. But, perhaps the biggest lesson that landed on her lap came about from the challenging endeavor of learning Portuguese in order to communicate with the community she was in while also adapting to the slower-paced culture. “Nothing happens at your own time,” she says. “So you just have to roll with the punches and take life as it is.”

This crucial life lesson would also present itself when Okusa then found a home in the lush canopies of Ubud, Bali, Indonesia to extend her journey of self-discovery. “It’s a very spiritual place that is centered around giving,” she says. There, she would get her yoga certification and learn Ayurveda, a medicinal system originating from India, which dates back some 5,000 years. As the practice combines positive thinking, diet, and herbal remedies, one can’t help but see the parallel between the ancient practice and Apothékary. “The transition from Goldman Sachs to Apothékary wasn’t abrupt and there was a lot of time in between,” says Okusa. “All those experiences and relationships built the story and ethos of what we do today.”

As Apothékary moves into its second year, the founder hopes to expand the conversations that surround beauty and wellness. “Sometimes, it seems that the beauty industry is limited to a certain gender and age range,” she says. Because of this, the entrepreneur wants Apothékary to be truly inclusive of all people. That means creating remedies that are universal, whether that means addressing everything from post-natal ailments, to sex-drive, and aging.

But, even as Okusa seems to have her eyes on the future, her Japanese heritage can always be found grounding her. “I love Kyoto, and I have a soft spot for the Kōyō (fall foliage) season,” she says. “There’s a cultural philosophy in Japan that says things happen and shift so quickly and you have to savor those moments.” Taking things slow, being flexible, and relying on the remedies of Mother Nature is perhaps, the most natural way to live — on both the personal and business level.