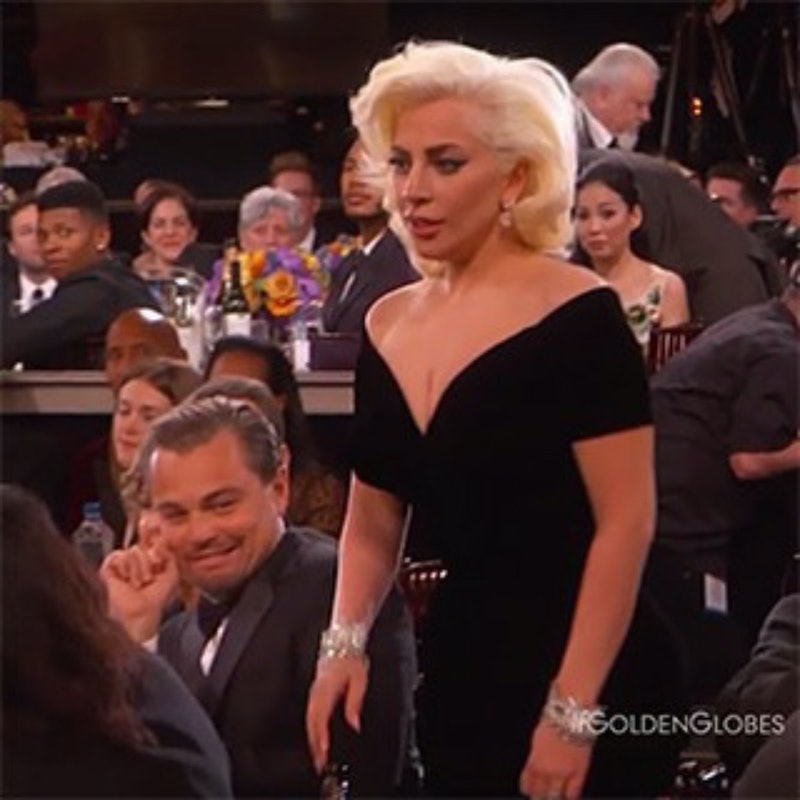 Let’s be honest: Memes are one of the best parts of awards season, and last night we were anything but disappointed by the imagination of the masses. Hilarious riffs on all the ridiculous things attendees said, did and wore abound, so much so that we’re finding it difficult to choose our favorites. Here, a few memes that made us giggle, to jump-start your post-Globes Monday with a little laughter.

The best joke we've seen is that this is the face Leo automatically makes when confronted with a woman over the age of 25.

Sheer marketing genius on behalf of her stylist.

No publicity is bad publicity?

"The streets ain't made for everyone—that's why they made sidewalks."

He won the Cecil B. DeMille Award but will totally be remembered for this instead. Isn't 2016 awesome?

J. Lo Dressed As Your Second (Or Third, Even) Favorite Condiment

See, Katy? It could be worse. Or, at least bad in a different way.