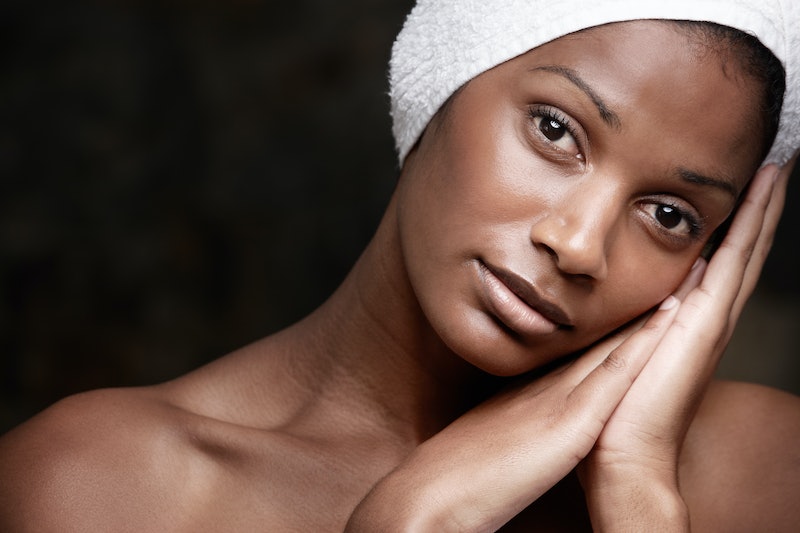 The broad spectrum of the beauty industry stretches from cosmetic to medical and while the shocking lack of diversity is not a new phenomenon, the racial bias within dermatology can have catastrophic, and in some cases, fatal consequences. Although a highly competitive and financially lucrative speciality of medicine, finding dermatologists specializing in Black skin can be almost impossible.

Despite the 12-year education process to become board-certified, 47 percent of dermatologists believe their medical training was inadequate in regard to treating skin conditions on people of color according to research from the University of Alabama Birmingham. (Dermatologists are responsible for issues relating to skin, hair and nails.)

Given the diverse range of skin tones in society, within medical textbooks and literature for future doctors, the images are primarily of white bodies. Even when Googling conditions — although not always advised — despite the billions of images aggregated, very few are shown on darker skin simply because they haven't historically been photographed. The Skin Of Color Society (SOCS) is a non-profit organization that advocates for improved education and awareness when treating people of color. Their President, Dr. Lynn Mckinley-Grant, MD, FAAD, board-certified dermatologist and Professor at Howard University tells TZR that all doctors, from primary care to cardiologists, need training on skin of color. “Certain conditions manifest differently on darker skin and it is vital to be able to identity them to avoid mistreatment and misdiagnosis," she says. "There has been a slight improvement, particularly in recent years to show conditions on all skin types."

Dr. Grant reveals that the society is working closely with software system VisualDx, who have over 40,000 images to increase those on darker skin. As the world's largest medical image library, this crucial partnership with SOCS allows medical practitioners worldwide to improve their diagnostic accuracy and potentially save lives.

"If you’re not training in an area that has a diverse demographic, you won’t get to see skin disorders in different skin tones."

These learning discrepancies date back all the way to 1975, when the Fitzpatrick scale was introduced. Made up of six skin types, the numerical classification system states that Type 1 skin (the fairest) never tans and always burns whereas for Type 6 (the darkest), it’s the opposite. “It’s based on erroneous information because Black skin can burn and when it does, it burns badly,” states Dr. Mckinley-Grant. The initial study was undertaken on fair skin types in Australia in which participants were exposed to sun and classified into the first three skin tones. Only later did researchers realize that darker shades existed and extended the categories. As it stands, the scale currently states that the deepest hues do not burn which is categorically false and potentially life-threatening information.

Practical training is also susceptible to shortcomings due to the geographical location of where future dermatologists do their residency. “If you’re not training in an area that has a diverse demographic, you won’t get to see the disorders in different skin tones,” Dr. Mckinley-Grant tells TZR. “Erythema and redness present themselves differently on darker skin — you have to look for varying shades purple rather than pinks and red that you see on white patients.” Whether in dermatology or any other speciality, it’s crucial that doctors can recognize very early signs of redness and infection. “SOCS helps to fund mentorship and clinical observership for dermatology residents to travel to different programs in the country in order to experience patients of color.”

"The scarcity of Black dermatologists directly feeds into the disproportionate care of people of color."

Perhaps unsurprisingly, dermatologists themselves aren’t reflective of today’s society. Despite African-Americans accounting for 13.4 percent of the US population according to the 2019 census, recent data states that only 3 percent of dermatologists are Black and 4.2 percent are Latino, making it the second least diverse specialty after orthopaedics. For Ohio-based dermatologist, Dr. Hope Mitchell MD., who did her dermatology residency 25 years ago in Detroit, despite seeing few Black dermatologists and not having a mentor, she fortunately did see Black patients. “The scarcity of Black dermatologists directly feeds into the disproportionate care of people of color,” she tells TZR. “Black patients were always glad to see me as they would tell me when the other doctors left the room. It was because they knew I could relate to them and their concerns because I looked like them. What often resonated with me was the impact of the ignorance to Black hair care and hairstyles and how that affected treatment outcomes.”

According to Dr. Mitchell, alopecia and hair loss are one of the most prominent conditions in which Black patients receive misdiagnosis, misinformation and mismanagement. “A lack of knowledge in Black hair and the products they use can drive doctors to recommend treatment plans that aren’t suitable for Black people.” These can include daily shampooing, prescribing alcohol solutions that dry and break off the hair or telling the patient there is nothing that can be done, blaming wigs as the cause of hair loss. “Lack of empathetic communication skills in the consultation process perpetuates the mistrust many POC have in seeing dermatologists who don’t have hair like them, or at least look like them, further driving the health disparity crisis,” Dr. Mitchell adds.

"The painful adage of 'I don’t see skin color' is even more damaging within the medical world."

For Claudia*, she was told her persistent eczema-like rash was merely dry skin, when in fact she had a form of skin cancer called T-Cell Lymphoma. “I was prescribed steroid creams from my dermatologist but it didn’t help and the area grew larger,” she tells TZR. After four months with no improvement she opted for a second opinion from a dermatologist who had trained in Philadelphia. “He immediately said it looked cancerous. I didn’t even think that Black people could get skin cancer so I was shocked, but thankfully it was caught early enough before becoming tumorous and potentially fatal.” Dr. Mitchell agrees that lower public awareness of skin cancer risks in Black people coupled with a lower index of suspicion for skin cancer from healthcare providers only adds to the disparity gap. “Anyone can get skin cancer; including Black people, who die at a higher rate from melanoma than their white counterparts. Black people are often diagnosed at a later stage and therefore have a poor survival rate when diagnosed.” In fact, the five-year melanoma survival rate is 66 percent in Black people versus 94 percent in white people, according to the most recent data from the American Cancer Society.

While specialist organizations like the Skin of Color Society work to combat the racial bias and health disparity within dermatology, it’s clear that as global demographics shift, the need for expert training will increase. The painful adage of “I don’t see skin color” is even more damaging within the medical world in which examining skin color as a vital sign would allow for a more accurate diagnosis. Although the narrative is slowly improving, we asked Dr Mckinley-Grant and Dr Mitchell their advice for the best way to navigate a dermatologist appointment as a person of color.

Do A Background Check

Dr. Mckinley-Grant suggests being direct when calling the doctors office. “Ask them how much experience the dermatologist has had with darker skin types, in the same way you’d want to know if they’re board certified.” An extensive Google search will show if they have published anything and what societies they belong to. “Ask if they’ve had training or attended a symposium on people of color with SOCS or the American Academy of Dermatology. If their website doesn’t include patients with a lot of different skin types, that could be an indicator.”

Prep Before Your Appointment

Along with keeping a food diary or beauty product log if issues seem to flare up randomly, Dr. Mitchell advises removing nail polish and going without a confined hairstyle so that the nails and scalp can be sufficiently examined. She also suggests regular appointments. “When Black people don’t regularly visit the doctor there is a missed opportunity to provide care and reinforce education that could ultimately save their life.”

Insist On A Full-Body Examination

Although you may have a symptom on a certain area, you need to be examined from head to toe. “On Black people, fatal cancers are more commonly found on the palms of hands, soles of feet, under the nails and around the groin,” says Dr. Mitchell. Dr. Mckinley-Grant corroborates adding that “Doctors don’t look there as they tend to look at sun-exposed areas only, however in POC, there’s higher instances in non-exposed area. It’s a health disparity in that people don’t look between the toes when examining a patient.”

Get A Second Opinion

Dermatologists often specialize in certain conditions according to Dr. Mckinley-Grant. “If you need a second opinion from an expert, you may need to travel. A doctor may not have the experience and if they’re honest, they will refer to you someone else.”

Bedside manner is key. “If the doctor seems frustrated or rushed with answering questions, that’s a red flag,” says Dr. Mitchell. And if you’re examined from a distance, it is not providing a proper examination. “As my colleagues say, ‘alopecia has a first name and a last name’ - never tell anyone I went to the dermatologist and they diagnosed me with alopecia, there’s always more to the diagnosis than that.”