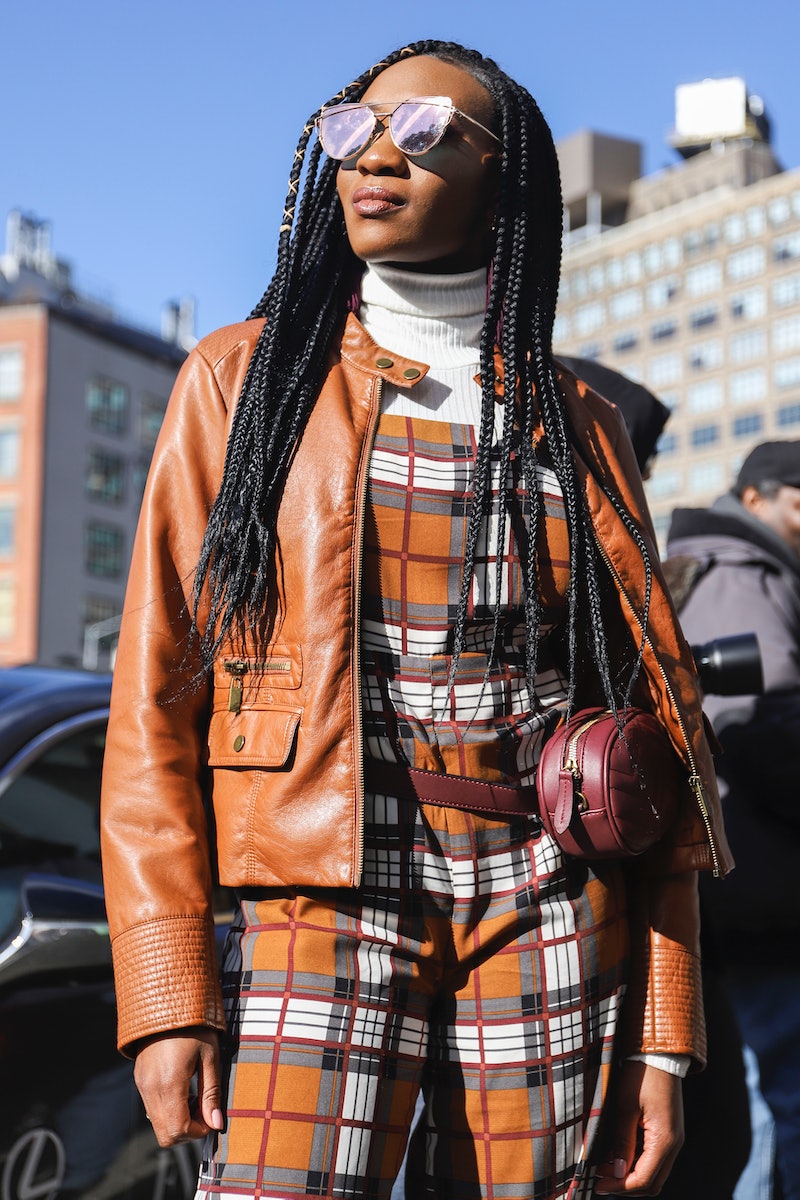 Careers can be complicated and confusing, with obstacles presenting themselves at every turn. This can be especially true for women, who often face even more challenges on their way up the professional ladder. And since success is often about the journey and not necessarily the destination, one wonders what women at the top of their game wish they knew when starting their careers. What lessons do they wish they learned early on?

It seems there was no better place to get answers to this question than the annual Chanel Women’s Filmmaker Luncheon presented by Through Her Lens: The Tribeca Chanel Women’s Filmmaker Program, where outstanding women filmmakers with work at this year’s Tribeca Film Festival were honored. The 2019 festival is the most inclusive in the event’s history with women directing a whopping half of the feature films at the festival.

New York City’s Augustine restaurant was packed with an impressive array of powerful and smart female directors, producers, actors, and industry heavyweights, many of whom have inspiring stories to tell about lessons they’ve learned along the way that they wish they had known when they were younger and just setting out on their chosen path. Ahead, read what seven women had to say about their respective journeys.

Actress DeWanda Wise says that finding a mentor is important, but so is being one. “I wish I had had a filmmaker mentor,” says the actress, known for her role on Netflix’s She’s Gotta Have It. “When I was younger, I should have been more adamant and determined to find a great mentor. I now make it a point to mentor, and I think I have at every stage. If someone looks up to you and values your insight, it’s never to early to give it to them.”

Lesson #2: Embrace All Aspects Of Yourself

For actress and producer Alysia Reiner, age has taught her to embrace the unique characteristics that make her who she is. “The things I thought were my worst assets are actually my best, like my height, my exotic-looking face, my nose—they’re what make me me, and nobody can play me except me,” she says. “The people who get it, get it, and the people who don’t, don’t—let ’em go.”

Lesson #3: Accept (And Expect) The Unexpected

For Katharine O’Brien, whose film about mental illness, Lost Transmissions, screens at this year’s fest, work has been about learning to welcome chaos, as opposed to running from it. “You can have everything super planned, but sometimes that can blind you to the opportunities that are actually presenting themselves,” she says. “Be prepared and then totally forget it.”

Jane Rosenthal, the luncheon’s cohost and Tribeca Film Festival co-founder (along with Robert DeNiro), admits motherhood is really the thing that showed her what was and was not truly important. “Don’t sweat the small stuff—it’s not life threatening,” says the mother of two. “I’ve learned how to use the word emergency, how to use the word urgent. It takes you a while to understand what those words are until you have children.”

Of her career, Rosenthal says, “It’s never a linear path, and as much as you think you are singularly focused, something is going to take you off.” She also says that while she believes a woman can indeed have it all, she does not believe they can have it all at the same time.

Lesson #5: Focus On What's In Front Of You

British documentarian Jeanie Finlay, whose eighth feature-length film, Seahorse, shows at this year’s festival, has taken advice someone recently gave her to heart. “Someone told me, ‘Don’t get overwhelmed by the feast. You can only ever eat the meal in front of you,’” she recounts. “Take it day by day — that’s what I’ve learned.” (Finlay also has a highly buzzed-about documentary called Game Of Thrones: The Last Watch debuting on HBO one week after the series completes in the same time slot.)

For Lisa Cortes, who produced the festival’s opening night film, The Apollo, and produced and co-directed a second film showing at Tribeca, The Remix: Hip Hop x Fashion, looking back on her career has brought two things into clear focus. “I wish I had known in the beginning of my career to fight for the credit I’m due and to invest in real estate when I was younger,” she says. “As a creative person you can’t always depend on a solid cash flow. Investing is something that is really important for your financial freedom and also your creative freedom, so you don’t have to take on projects for the pay, but for the passion.”

And finally, screenwriter and director Sonejuhi Sinha, whose film Stray Dolls stars Cynthia Nixon, insists that taking risks is as important to a successful career as working hard. “Early on, I was really conservative about taking risks, and what I know now is that risks are important,” says Sinha, who came up in the Through Her Lens program. “I would tell my younger self to be more fearless.” Good advice for everyone.