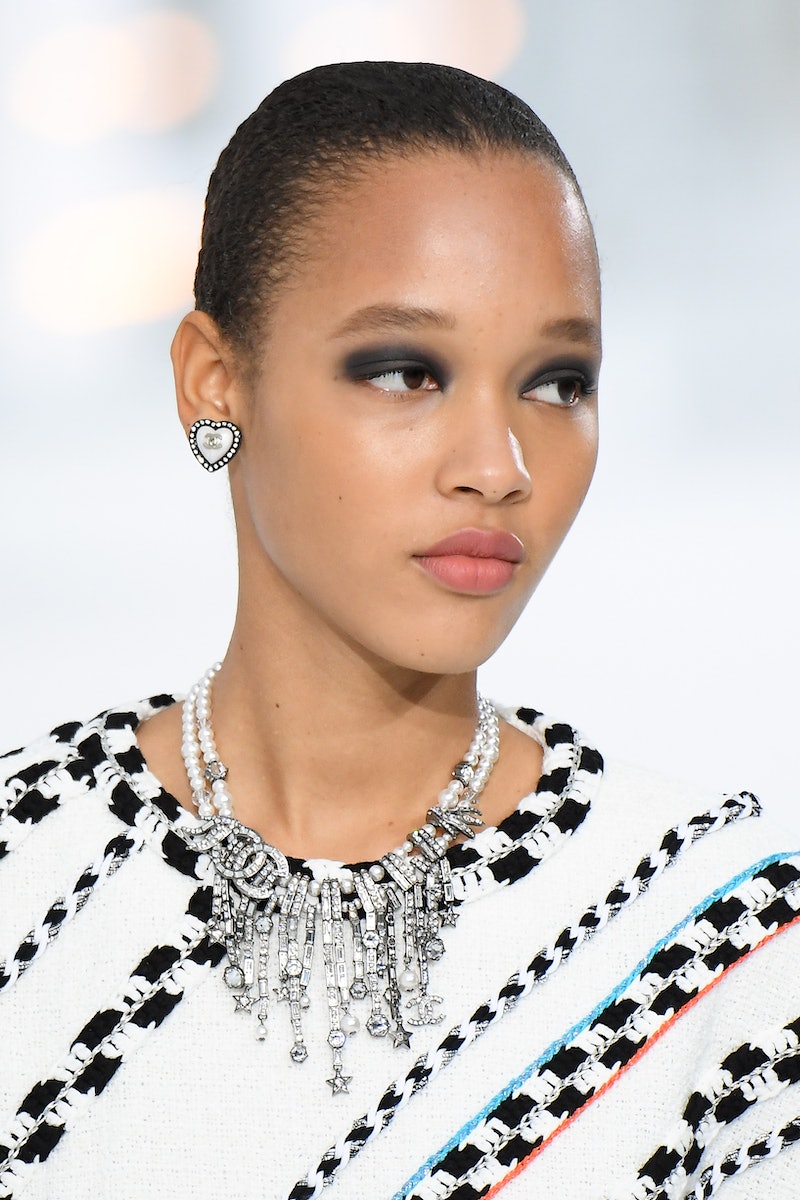 If you've actually been able to master the intimidating task that is creating a smokey eye, know that you're a part of an elite group. But nobody embodies "elite" quite like Chanel, who didn't cower from the opportunity to showcase the sultry technique on its latest runway. Complementing the ever-so classic silhouettes, the vampy smokey eye look seen on models at the Spring/Summer 2021 showcase proved a makeup masterpiece that struck the unexpected balance of angelic and vampy.

Lucia Pica, Chanel's global creative makeup artist, created the smudged eye with extremely soft edges which gave the dark look an ethereal feel. “The look was quite strong, but it felt fresh at the same time," Pica told British Vogue about the look. "I concentrated the smoky grey-black only on the top — underneath, it was very clean and fresh. In a way, it had a sort of ’90s Winona Ryder feel to it.” She says the look is an ode to the constant mask-wearing seen across the globe. "We have to think about our eyes now that we use them a lot more to express our feelings," she says. "You can’t see when we’re smiling at each other, so emphasizing the eyes will help. I’m finding myself using more mascara and more eyeshadow."

The mix of dimension and texture, however, is nothing new to Pica. Just earlier this year, she created "daytime" smokey eyes for Chanel Haute Couture 2020, a clear signature of hers. She suggests using fingers to apply cream eyeshadow and then using powder on top. She described the method as one that "creates strength with the color and with the texture.”

When it came to the rest of the look, brows were lightly filled while complexions had a barely there feel. Lips were finished with a matte, peach flush — an understated touch to complement the sooty, sultry magic on the lid.